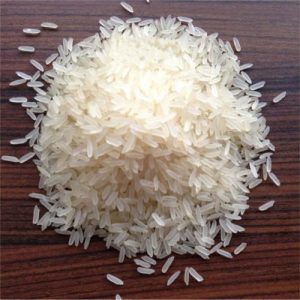 We’re pleased to bring to you a guest post by Pragati Agarwal questioning the locus standi of a private entity seeking GI protection for Chinnor rice. Pragati is a 5th year student at Symbiosis Law School, Noida.

A Private Entity Seeks GI Protection for Chinnor Rice: Does it have the Locus Standi?

As an aspiring lawyer, I have a great deal of interest in Geographical Indications (GI) as an area of intellectual property. After going through the online records of the GI Registry, one application that caught my attention was the pending application seeking GI status for Chinnor rice grown in the Balaghat district of Madhya Pradesh. The application was filed in October last year by a private entity Chinnor Seeds Producer Company Limited (‘Application’) which is situated in Balaghat, Madhya Pradesh.

Section 11 and its Implications

The fundamental question which arises in this case is whether Chinnor Seeds Producer Company has the locus standi to seek the GI tag for Chinnor Rice? Section 11(1) of the Geographical Indications of Goods (Registration and Protection) Act, 1999 (‘the GI Act’) sheds light on the locus of a party seeking the GI tag and reads as follows:

“Section 11 – Application for registration – (1) Any association of persons or producers or any organisation or authority established by or under any law for the time being in force representing the interest of the producers of the concerned goods, who are desirous of registering a geographical indication in relation to such goods shall apply in writing to the Registrar in such form and in such manner and accompanied by such fees as may be prescribed for the registration of the geographical indication.

The intention underlying the GI Act and Section 11 thereof read with Rule 32(6)(a) of the GI Rules would indicate that only a non-trading body would satisfy the qualification criteria under Section 11 of the GI Act.

The Applicant in the present case seems to be a trading company with business in seed production. This is again contrary to the scheme of the GI Act which is concerned with commercial production of a GI product (in this case “rice” which is distinguished from “seeds”).

Since the Applicant is a private entity, it is questionable whether such entity is entitled to seek the GI tag under Section 11 of the GI Act because a private company cannot represent the interests of the producers of the goods in the geographical area. It can only represent its own interest and is hence, ineligible to be a GI applicant. In its reply to the Formality Check Report, Chinnor Seeds Producer Company Limited has stated that it is an association of rice growers and is a company established according to the law. Further, it claims that any Chinnor growing farmer of the Balaghat district can join the company.  As per the reply, only 51 of the total 1250 producers of Chinnor Rice are associated with the Applicant. 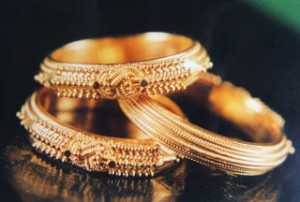 The 2012 decision of the Intellectual Property Appellate Board (IPAB), Chennai in the case of Subhash Jewellery v. Payyannur Pavithra Ring Artisans & Development Society becomes relevant in this context. In this case, the IPAB ordered the removal the GI “Payyannur Pavithra” ring in the name of the society from the Register holding that there was no evidence of the desire of the producers to come together to protect the GI. Further, according to the IPAB, the application ought to have named those producers, whether they make or manufacture the ring or whether they trade or deal in the making or manufacture of rings and also that such production takes place in Payyannur. According to the court, a mere claim that the society is called Payyannur Pavithra Ring Artisans and Development Society would not suffice.

It is to be noted that Section 11 of the GI Act is in line with the main object of the Act to protect those persons who are directly engaged in exploiting, creating or making or manufacturing the goods as they have the hands-on experience of the GI products. In intellectual property rights matters, be it GI, patents or trademarks, the dispute is really not inter-parties alone, and there is always the issue of public interest. The GI Registry should refuse the registration in light of the above reasoning and must protect the public interest involved in the production of Chinnor Rice.