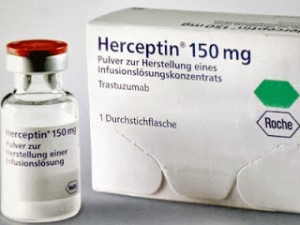 On 2nd March, a Single Judge of the Delhi High Court in the case of Genentech Inc. and Ors. v. Drugs Controller General of India and Ors. passed an order, which effectively allowed Genentech’s in-house employee/expert to inspect the documents placed on record under a Confidentiality Club. This is the Trastuzumab litigation involving Reliance. This litigation saga has been covered on several occasions including here, here, here, here, here and here.

When I first heard of this order, I was a little disturbed because it defeats the very purpose of a Confidentiality Club. Apart from IP, I am used to doing trade remedies/WTO and competition law cases where confidentiality is a key component and I was also a little aghast at this getting diluted. Confidentiality Clubs are created for the purposes of bringing confidential information on record without the confidentiality of said information being lost. This concept now stands institutionalized today in the Delhi High Court in view of Rule 17 of the Delhi High Court (Original Side) Rules, 2018 read with Annexure F. However, by its express wordings, said Rule 17 is limited only to a commercial suit.

Therefore, inherently, it makes sense that the confidentiality club, would limit access to advocates, the Court and perhaps, a named independent external expert. After all, if one party considers certain information to be confidential/a trade secret and does not wish for the contesting party (and other third parties) to learn of its contents (and therefore, urges for the creation of a Confidentiality Club), it makes little sense to have an in-house employee of said contesting party to inspect them.

However, on a proper reading of the order dated 2nd March, it appears that the order is strictly restricted to the facts of the case. The issue arose before the court by way of an interim application that sought a direction against Genentech to appoint an independent expert to inspect the documents forming part of the Club. Previously, vide order dated 25th April, 2016, the Confidentiality Club was already created in this matter (see paragraphs 227 – 228 of this order), based entirely on a similar club created in the related litigation concerning Biocon/Mylan in CS (OS) no. 355/2014.

This Confidentiality Club was, therefore, created before the amendment to the Delhi High Court (original side) Rules, 2018 and appears to be passed after considering rival contentions. The order dated 25th April, 2016 also granted the Plaintiffs, the liberty to amend their pleadings after inspecting the documents in the Confidentiality Club. The Single Judge, on 2nd March, pointed to these earlier orders and took note of the fact that though they were challenged on appeal, this point was not urged. Based on this litigation history, the Court held that the order constituting the Confidentiality Club has attained finality as amongst the parties and cannot be rewritten at the asking of the defendant. Reliance on Rule 17 of the Delhi High Court (Original Side) Rules, 2018 was also rejected because this was not designated as a commercial suit.

That said, I believe, with respect, that the order is hyper-technical in nature. The order constituting the Confidentiality Club was passed in an interim application seeking inspection of certain documents. My understanding (I am open to correction from any of the interested parties) is that Reliance had challenged the order qua this interim application, questioning even the direction to allow inspection even via a Confidentiality Club. At that point in time I do not believe any dispute had arisen on the meaning of the term ‘expert’ as used in the order dated 25th April, 2016. I find nothing in the orders of the DB or the Supreme Court concerning this issue (N.B: It could still be that the issue was raised in the pleadings in these appeals, but I doubt that.)

As a matter of procedure, a party is entitled to seek a clarification on what is meant by the word ‘expert’ in the order dated 25th April, 2016 (N.B: Of course, in this case the defendants had approached the court by way of another interim application, rather than as an application for clarification). This right to seek a clarification is not taken away because the parties had appealed and won/lost in such appeals, so long the clarification itself is not a disguised attempt to relitigate the appeals. I would submit that even if any doctrine of implied issue estoppel (and/or constructive res judicata) do apply in such situations, I do not believe it precludes a party from seeking a clarification when there is truly an ambiguity that needs consideration. This is especially so if the need for clarification arose due to a subsequent event, such as a subsequent disagreement between the parties on the meaning of this word ‘expert’. I can’t be a 100% certain if this was indeed a subsequent dispute but that appears to be the case based on my reading of the various daily orders.

The limited point of clarification required here is whether the term ‘expert’ in the earlier order was meant to only refer to an independent expert. I believe there are sound arguments for a defendant to justify the need for such a clarification. The language in Rule 17, even if directly inapplicable, suggests that it has to be an external expert. I don’t mean to prejudge the outcome if such a clarification had been sought, but I believe that in such an event the Court would have to account for the prejudice caused to the defendants if an in-house employee designated as an ‘expert’ is allowed to look at those documents. Ultimately, my understanding is that as on 2016, these Confidentiality Clubs are created pursuant to the inherent powers of the court under Section 151 of the CPC to do “complete justice” and it may be prudent to consider all variables and factors.