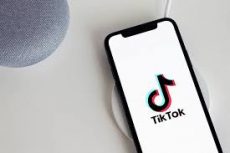 Content sharing platform TikTok is the first among the list of apps in the Indian government’s recent Press Release, announcing a ban on 59 Chinese applications due to concerns such as threat to “sovereignty and integrity of India.” As mentioned in an insightful piece by Ameet Datta, there are many copyright obstacles before the call to find a comparable Indian substitute for TikTok can be materialised.

Datta refers to three types of licenses that any service modelled on TikTok’s format would require. These include synchronisation licenses, which refer to permission from the copyright holder to use a song that someone else published in a video format. Publishing rights such as public performance licenses would be required to play the song online. Similarly, mechanical rights pertaining to the sound recording of a copyrighted work for streaming, reproduction and storage would be needed.

Thus, the video service provider’s audio library will crucially determine the volume and diversity of content that users can imaginatively interact with to create their own videos. Datta points out that, TikTok acquired 8000 music licensing deals on account of absorbing former competitor Musical.ly, and because of its already tremendous scale and valuation in China at a time when music licensing was not a structured industry requirement in the country. Thus, he concludes that only big players like Facebook and Google are likely to be capable of providing such a substitute, given the large-scale investment and expensive music licensing involved.

Interestingly, Facebook has signed a global deal with Indian music label Saregama soon after TikTok’s ban, for its video experiences such as Reels or Music Stickers on Stories on Facebook and Instagram. More recently, it signed another licensing deal with Indian Performing Rights Society Limited (IPRS) to license IPRS’ music for similar uses. This proves Datta’s prediction, and it would be interesting to see if Reliance Jio, with its subsidiary JioSaavn’s licensing deals, investor base and deep pockets, would also be interested in capitalising on the market that TikTok catered to.

The four-factor test used to evaluate the fairness of a use in the U.S. also applies to section 52(1)(a) of the Indian Copyright Act to determine fair dealing, as per the Division Bench of the Delhi High Court in India TV Independent News Service v. Yashraj Films Pvt. Ltd. These factors are: purpose and character of the dealing, nature of the work, amount and substantiality of the portion used, and effect of the use on the market of copyrighted work. In India, for a work to be non-infringing under section 52(1)(a), it must constitute fair dealing as per the U.S. test and also fall within the purposes mentioned in the section. As explained here, Indian courts have held that the focus of the work should not be the underlying work but the new work created, which can use previous works for the purposes under section 52(1)(a), including criticism and review, which should be interpreted liberally.

The Delhi High Court in Narendra Publishing House interpreted ‘review’ as “view, inspect or examine a second time or again..”, which is arguably similar to the US factor of transformative purpose and character of the use. TikTok videos can be said to use a previous work to view it a second time while ensuring that the focus remains on the new work created. More pertinently, the Indian Supreme Court had also noted in R.G. Anand v. Deluxe Films and Ors., “Where the theme is the same but is presented and treated differently so that the subsequent work becomes a completely new work, no question of violation of copyright arises.”

Since the audio library essential for these short video services to thrive comprises of commercial music which was not explicitly designed for the social media format of being synched and performed by users creatively, as facilitated by TikTok, there is a valid argument for recognising such use as transformative review. The creative re-use of the short music clips from TikTok’s audio library differs completely from the purpose for which these songs/films were created for their original market. The viral 15 second TikTok videos do not impact the original markets of these works negatively. They naturally kindle the interest of users via wider dissemination of the underlying copyrighted lyrics, dialogues and music and thereby expand the markets for these songs and films instead of undermining them. They are likely to generate more demand as vehicles of free publicity for the underlying copyrighted works.

Further, fair dealing is aimed at broadening the scope of cultural production, which is not necessarily limited to non-commercial activity. Even commercial activities can fall under its scope as long as justified by the purposes enumerated under section 52. Hence, an app providing an audio library for profit is not excluded from its ambit by itself.

Consumption of recorded music in India has been higher than the global average and has only witnessed strong growth in recent years. The interest of creators and consumers in music and videos along with the availability of the cheapest internet data in the world explains the popularity of apps like TikTok.

User rights and exceptions to infringement in copyright law are rooted in the legislative intent to expand cultural production. Arguably, one of the goals of the fair dealing provisions and exceptions under section 52 of the Act is to realise the right to freedom of speech and expression under Article 19(1)(a) of the Indian Constitution.

TikTok expanded cultural production and free speech by breathing life into the aspirations of many, who earlier had no means to exhibit their talents, spontaneity, humour and play to the world. Even if the commercial opportunities resulting from TikTok’s use were rare, it provided a medium to learn new skills, create, belong, fashion a community for oneself, and feel respected and appreciated. These drivers of creativity, speech and effort challenge traditional American intellectual property theories that recognise largely economic incentives for creation to the exclusion of others. The emergence of these digital cultures also reimagines people by allowing them not just the visibility that more expensive forms of content creation never could, but also the means to create their own narratives and be seen on their own terms, within their distinct socio-cultural ecologies. The unprecedented democratisation of content creation that TikTok brought about has no alternative currently.

It has been noted that digital behaviours of marginalised communities are often fictionalised. It is assumed that people are motivated by utilitarian and economic incentives in their interaction with technology as rational individualistic actors. For instance, it is assumed that farmers in the Global South would use the internet for agricultural best practices and women would chiefly use it to gain health and educational information. TikTok resists these essentialisms. It reveals that despite material constraints, users are often motivated by romance, purposelessness, leisure, entertainment and play in their use of the internet. Thus, onerous licensing requirements should not ideally stand in the way of the objective of the law, i.e. the creation and dissemination of creative content that is more diverse and the social good of accommodating and engaging a wider range of speakers and audiences.

Finally, one can also hope that emerging alternatives are fairer in their remuneration policies for artists, particularly those creating user generated content, than TikTok has been.