COVID-19 Vaccines: Patent Ownership and the Barriers to Equitable Access 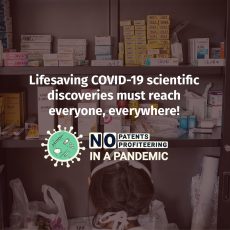 In this post, Adyasha conducts a thorough analysis of the vaccines developed by Moderna, Pfizer-BioNTech and AstraZeneca-Oxford, the complex ownership status of their intellectual property, the bilateral pre-purchase deals struck with higher-income countries and their implications on the Global South. She first notes the importance of public funding for the fruition of the three vaccines upon which patent protection is being claimed by their respective owners. She then highlights the lack of transparency with respect to the Oxford vaccine in terms of its licensing agreement with AstraZeneca and its clinical trial data. She then notes the difficulties for the Global South in securing adequate access to vaccine dosages due to stockpiling by higher-income countries and the logistical challenges. She then emphasises on the necessity of technology sharing for tackling the pandemic. She concludes by noting that the countries in the Global South are looking forward to the COVAX initiative as a solution, and the challenges surrounding the same. 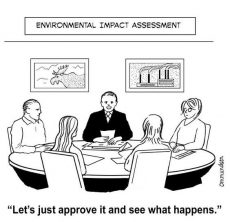 In this post, Anupriya and Dayaar look at recent changes to the creation of People’s Biodiversity Registers (PBRs) as well as the draft Environmental Impact Assessment (EIA) 2020 notification to analyse the problems in both which stand in the way of using PBRs as a people’s tool to democratise the EIA process. They first highlight the importance of PBRs in preserving community knowledge and resources. They then point out that while a 2016 NGT order directed creation of PBRs within four years, with fines for non-compliance, the process has excluded indigenous communities. It has been outsourced to expert consultants or NGOs, leaving out the affected groups that this decentralisation was supposed to aid. Moreover, with the consultation period being reduced to 20 days as per the draft EIA, the importance of PBRs becomes even more. However, due to outsourced PBRs and complex technical EIA reports, the local communities are left out from consultation process. This is exacerbated by the absence of online availability of complete copies of project proposals or EIA reports, post facto approvals, and exclusion of aggrieved stakeholders from reporting violations.

What’s Happening with WhiteHatJr?: A Look at the IP Issues 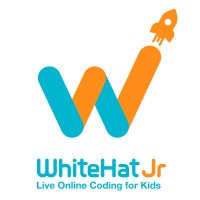 In this post, Varsha looks at ad-interim injunctions granted in two cases in favour of WhiteHatJr. The first case concerns criticism of WhiteHatJr by Pradeep Poonia and the use of the marks ‘WhiteHatSr’ and ‘WhiteHatPoonia’, and the second concerns allegations of dilution, disparagement, and infringement of plaintiff’s marks through certain tweets by Malpani. Varsha first argues that the two cases can claim the defence of denominative use but WhiteHatJr might claim that the use of ‘WhiteHatSr’ and ‘WhiteHatPoonia’ was not justified even for making criticism. She then argues that the two cases cannot even be brought within the ambit of Section 29(4) as the use of the marks was non-commercial, only for making criticism. Finally, she analyses YouTube’s copyright infringement policy and highlights how it allows for videos that are completely within the bounds of fair use to be flagged for copyright infringement. 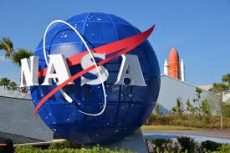 In this guest post, Shivam analyses the patentability of orbital transfer trajectories of spacecrafts in light of the recent patent grant to NASA in the US for ‘a method for transferring a spacecraft from the Geosynchronous Transfer Orbit (GTO) to Lunar Orbit’. He notes that it would not be difficult for such inventions to satisfy novelty or usefulness, the question thus hinges on the question of obviousness and whether it is an excluded subject matter in itself. He further notes that as in the modern day orbital transfer strategies can be figured out using computer programs, it does not generally make sense to grant patent to it given the non-obviousness requirement. He then discusses the US position and notes that it only excludes abstract ideas from patentability, mathematical equations and algorithms can be protected if they are involved in the creation or improvement of physical things, thus covering orbital transfer trajectories. The Indian position, on the other hand, would possibly not permit such patents in light of Section 3(k) completely excluding mathematical methods or algorithms from protection. He then notes a space tragedy that had occurred due to Boeing’s patent over a lunar flyby manoeuvre, and concludes on the note that while USPTO is granting patents to orbital trajectories their validity might be questionable.