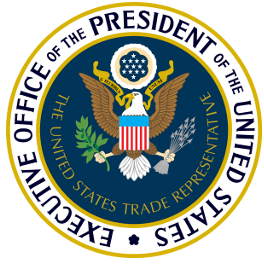 Lost in the shadow of the US’s historic change of position on Waiver of IP rights in Covid-19 vaccines, the USTR’s latest Annual Special 301 Report has its own share of surprises to offer. The Report, as is known, is a much criticized annual exercise in ‘calling out’ countries for adopting IP policies that the US does not approve of – regardless of the fact that they’re made by sovereign nations to suit their own local realities. India, which enjoys the distinction of being featured in the ‘Priority Watch List’ for the 29th year in a row, shares the glory with 8 other countries this time. The report follows the usual pattern of criticizing various TRIPS compliant aspects of India’s IP laws which make it harder for American companies to sustain monopolies in India. While a detailed examination of the country report will be undertaken in a different post, this one looks into the more general issue of US’s relaxed stance on compulsory licensing, the strong criticism of which has characterized nearly every previous Special 301 Report in recent years.

The Covid-19 pandemic has made possible the unimaginable – in its section on ‘IP and Health’, the Report considers the worldwide state of emergency brought about by the pandemic and goes on to state that the US respects the grant of compulsory licenses (‘CLs’) to meet its challenges. While such commitments had been made in previous reports too, like the 2016 Report (discussed here), the hollowness of that was revealed in its country reports where Ecuador and Indonesia had been questioned on the lack of clarity in their CL laws. India, of course, had earned a much detailed critique of its various CL provisions, and for its policy level consideration of CLs as a tool for enhancing use of green technologies. This time, quite surprisingly, the commitment to respect CLs is not qualified by any subsequent riders. Neither India, nor any other country has been called out for issuing CLs or amending its CL laws, despite the fact that there have been amendments by several countries to provide for CLs in their patent law.

In fact, going a step further, the Report states that:

Like the support for the waiver, this recognition of TRIPS flexibilities for national emergency, public non-commercial use, for import of pharmaceutical products and the like, could have come as a result of the escalating international pressure in light of the rapidly deteriorating humanitarian crisis in India, Brazil and the rest of the Global South.

The US and TRIPS Flexibilities

Those familiar with TRIPS history would know that US has a notorious record of using FTA Agreements to enforce TRIPS-plus protection. It has consistently opposed WTO members’ exercise of TRIPS flexibilities by threatening unilateral trade sanctions even in the face of crippling public health crises. During the height of the AIDS epidemic, South Africa’s enactment of legislation to exercise these flexibilities was met with sanctions, with the US continuing to mount pressure till an estimated 20% of all South Africans were infected and the US government was forced to change policy. Similarly, Brazil had used the threat of compulsory licensing to negotiate with Roche for a more affordable price on its anti-retroviral AIDS drugs. US responded with a WTO dispute against it, though it was ultimately dropped. The global outcry against this maximalist approach was among the things that helped bring about a reaffirmed international commitment to public health through the Doha Declaration. Despite that, India’s sole compulsory license on Bayer’s anti-cancer drug Nexavar received severe backlash from the US, and earned it a consistent place on the Priority Watch List. This recent article shows that the use, or even mere consideration of a TRIPS flexibility, almost automatically earns countries a spot in the next Special 301 Report (Page 5-6). This is despite the fact that the US itself has granted several CLs, some of which, as Prof. Basheer showed, are not termed so.

Faced with a ravaging pandemic, many developed countries have resorted to the same flexibilities that developing ones had for long been castigated for adopting. In 2020, several countries enacted laws to provide for a CL regime that might be needed to deal with Covid-19 challenges. Israel even granted a CL, on AbbVie’s Kaletra. Subsequently, US government bodies were seen following the usual routine of criticizing grants of CLs or plans of doing so. In January, the US Embassy in Netherlands released a statement expressing concern over Netherlands’ consideration of expanding its CL policy. A CL issued by Hungary on Gilead’s Covid treatment drug remdesivir was criticized by US Chamber of Commerce and Pharma associations in the US in their Special 301 submission.

That the US has chosen to relax its general policy on CLs (even though it took a literal pandemic) is therefore a much welcome change. While this may appear unsurprising and only natural as it aligns with the US support for the IP waiver, it is worth noting that this change may have consequences which are more immediate and wider in ambit than what a waiver might achieve.

What this Support for CLs Means

As Swaraj has noted, the USTR support for IP waiver is limited to vaccines and does not extend to Covid-19 drugs and equipments as originally proposed by India and South Africa. The same qualification is thankfully not present in the Special 301 Report’s CL position. This might be of assurance to countries that may have refrained from granting CLs on Covid-19 treatment drugs due to fear of US retaliation. So far, most Covid-related CL applications have been filed for Covid drugs which enjoy clear patent protection, e.g., remdesivir, baricitinib, etc.

In India, both the Supreme Court and the Delhi high court have asked the government to consider CLs as an option to meet the drug shortage for remdesivir and tocilizumab among others. A recent Section 92 application by Natco seeks a CL on baricitinib under the national emergency provision. While the government has indicated that it is not inclined to grant a CL and the assurance given by the government to USIBC against pharmaceutical CLs may have something to do with it, the revised US position on CLs could be weighed against these past considerations. Similarly, Canada recently saw its first CL application for the manufacture and export of the Johnson & Johnson’s single-dose vaccine by a small drug manufacturer Biolyse Pharma. Such CL applications, if granted, have the potential to save thousands of lives. Regardless of whether the TRIPS waiver succeeds, more countries can freely consider this solution.

While this policy change definitely holds persuasive value, it must be understood that CLs alone are not enough in the time of a pandemic. As Anupriya explains, there are several limitations to CLs, including the cap on predefined quantities, cumbersome procedures, and threat of retaliation from pharma companies. Additionally, CLs have been designed with a country-level, product-specific approach that target the incapability of one patented invention to meet the public’s needs. They are not designed to handle a pandemic where the world is faced with multiple strains of Covid-19, limited availability of vaccines across countries, and an acute shortage of drugs leading to overwhelming of healthcare systems.

All said, it must also be stated that support for CLs at a stage no less than the peak of a global pandemic, is too little, too late (the 2020 Report, which released at the start of the pandemic, provided no such concessions). Compulsory licensing cannot be seen as a tool so rare and exceptional that it takes 3 million deaths across the developing and the developed world to justify its use. The pandemic has given the whole world a bitter taste of the suffering that poorer countries have been going through repeatedly. The US needs to keep respecting the rights of countries to use TRIPS flexibilities regardless of whether their public health emergencies are affecting the US.