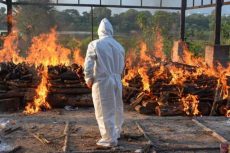 As news broke out on May 3, 20201 regarding the Indian Council of Medical Research (ICMR) earning royalties out of every dose of Covaxin sold, many were quick to chide the government for embarrassing itself by profiting off vaccines sold in its own country while seeking a waiver of all IPRs on patents, copyright, industrial design and undisclosed information pertaining to vaccines for Covid-19 (covered previously on the blog here, here and here) at the WTO. In this post, I focus on the differential pricing of vaccines and analyse the revelations made in the affidavit filed by the Central Government in the case titled, ‘In Re: Distribution of Essential Supplies and Services During Pandemic’ yesterday. I discuss the contents of the affidavit and argue that they reveal the Central government’s prioritization of vaccine profiteering and scoring political points, instead of any well thought out strategy to deal with a pandemic that has already escalated into a humanitarian catastrophe.

In my previous posts (here, here and here), I had argued that the government should assert IP ownership in Covaxin and waive all IP protection over it, in addition to making its knowhow available to other manufacturers in India and the rest of the developing world for faster dissemination and use of the vaccine among larger populations across the world.

The affidavit mentioned that support for one private industry and three public sector manufacturing facilities, was “under consideration”, to make them ready with enhanced capacities to support augmented vaccine production over the next 6-8 months (Central Govt. affidavit, para 35). However, though the affidavit talked about possibly upscaling Covaxin production, it contained nothing regarding waiver of IPRs in Covaxin. 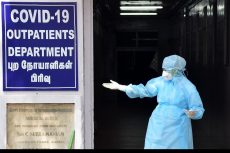 The Public Private Partnership between ICMR and BBIL stipulates a 5% royalty clause in favour of ICMR on net sale as well as clauses on prioritising in-country supplies (Central Govt. affidavit, para 33).

There was no government aid or assistance provided for any research and development costs of either Covaxin or Covishield (para 33). It is pertinent to note that Serum Institute had no research costs as it undertook no financial risk by conducting any protracted R&D. As Murali Neelkanthan has pointed out, SII was only a contract manufacturer that had received an advanced payment for the vaccines that it would be manufacturing. Similarly, the affidavit provides no figures regarding the ‘investment’ costs of BBIL, which should not be confused with working capital costs. Since IP protection is meant to enable ‘reasonable’ recoupment of your investment in innovation, it is worth interrogating these questions in the context of the pricing, particularly the differential pricing, of these vaccines. 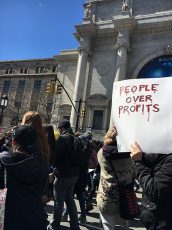 The Exclusionary Effect of Relying on Private Negotiations

This is bizarre since it has been widely recognised now, even in the most capitalist countries such as the US, that pharmaceutical companies and their market-oriented incentives will not achieve the vaccination goals required to contain the pandemic. As this article titled, ‘Why Joe Biden Punched Big Pharma’ highlights, in developing countries particularly, pharmaceutical companies would impose high prices, leading to vaccine scarcity, ensuring only the elite can access these vaccines, because this is still more profitable than lowering the prices for everyone.

Factories can upscale production only if the relevant IP barriers and know-how of vaccine manufacture do not act as impediments. It is appalling that we have to make this argument despite the Indian government (through ICMR) sharing IP ownership in the indigenously developed Covaxin. With only two vaccine candidates administered right now, produced by BBIL and SII, a severe shortage of vaccines, and no resort to price control measures, private negotiations will most likely fail in making access to vaccines inclusive and equitable. The Central Government’s affidavit itself admits that there is a ceiling price for drugs like paracetamol, as per the Drug Price Control (Order) 2013, even though there is no scarcity of paracetamol in the country, which has hundreds of manufacturers. However, the same affidavit doesn’t see the need for regulating vaccine prices, which it argues are best left to private negotiations, despite the acute shortage of these vaccines which constitute the only known way out of a pandemic that has caused 2,20,000 deaths in the country (even as per grossly underreported official records). 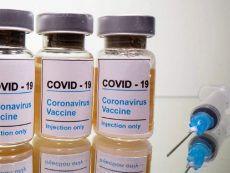 According to the new vaccine policy, 50% of total manufactured vaccines were to be supplied to the Central Government which would vaccinate the most vulnerable group of the population (45+), and the remaining quantity would then be distributed amongst all States on a prorata basis. Out of the 50% allotted to the State, 50% will go to the State [calculated on pro-rata basis based upon the population of age group of 18-44 years] and the balance 50% will go to the private sector based upon the contracts between private sector and vaccine manufacturers. [Central Govt. affidavit, para 22 (vii)]. The Centre will procure both the vaccines at Rs 150 per dose from vaccine manufacturers while Covishield is being supplied to the States at Rs. 300 per dose, and Covaxin at Rs. 400 per dose. The significant difference in prices of the vaccines for the Central Government and the States are said to be a result of the Centre being a bulk purchaser, and hence being in a position to get a better price for the vaccines [Central Govt. affidavit, para 22 (v)]. It is worth asking that if the Centre has the power by virtue of its large orders or otherwise, to bargain for a better price, why is it not purchasing vaccines for the entire country? Since all the money being spent is taxpayers’ money at the end of the day, why are costs of vaccines and coverage of population not being minimised and maximised respectively via a prudent national immunization program?

The burden of ‘free’ vaccination has been passed onto states but not without the self-congratulation of acknowledging the Central Government’s “persuasion” which caused BBIL and SII to declare uniform prices for all State Governments [Central Govt. affidavit, para 22 (v)].

As per an analysis by IndiaSpend, India’s 8 most socioeconomically backward states would have to spend around 30% of their health budgets for the procurement of COVID-19 vaccines for their populations. These 8 states except Odisha have already reported a revenue deficit in their revised budget estimates for 2020-21, as per a PRS Legislative Research brief. The costs of vaccination will further swell up due to the addition of supply chain, training, transportation and follow-up process costs, which would compel states to shift their spending away from tuberculosis, malaria, maternal and child health and other focus areas. These 8 states are among the 20 states that have announced free vaccination. However, these promises are meaningless without any effective timelines and procurement plans in place. While states are struggling to make ends meet, and being financially pressured, the Central government, as of May, 2021 as per its own data, has spent only 8.5% of the INR 35,000 crore that it had allocated in the 2021-22 budget for vaccination, anticipating coverage of 37% of the population. At the rate of 150 per dose, the Central government has the capability to buy 2.1 billion doses, whereas India’s 18 plus population of 940 million requires only 1.88 billion doses. As per IndiaSpend, only 80% of the remaining funds (INR 32,000 crore) will be needed to procure two vaccine doses for vaccinating the entire adult population.

Currently, SII and BBIL are selling doses of Covishield and Covaxin to private hospitals at INR 600 per dose and at INR 1,200 per dose respectively. Thus, these companies are financially incentivised to divert greater stocks to private hospitals, at prices that will exclude a large part of the Indian population and worsen vaccine scarcity at a time when the Central government, despite having the money, has abdicated its responsibility of procurement for a large part of the population. With ICMR, funded by the Ministry of Health & Family Welfare, earning royalties for the Centre out of financially distressed states having to pay INR 400 per dose of Covaxin, this appears to be a case of obscene vaccine profiteering and politics at the cost of citizens’ lives.

Many thanks to Akshat Agrawal for his insightful inputs for this post.