Dear readers, as you may have noticed, after a bit of a slowdown, SpicyIP is once again picking up steam and we will be looking to bring you the spicy IP updates that you have been used to! On that note, SpicyIP is happy to let our readers know that we’re restarting our weekly reviews. The weekly reviews will consist of short reviews of the past week’s blogposts, as well as caselaw from the previous week that we have been able to summarize. Depending on feedback, we may modify the format going forward and will also continue to try to expand the scope of what we can cover. We also request our readers to share updates on any development we may have missed, in the comments below. 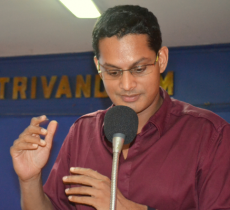 We announced the results for 3rd Shamnad Basheer Essay Competition on IP Law. Pravertna Sulakshya, Rajiv Gandhi National University of Law, Punjab bagged the first position for their essay titled, “An IPR-Kajal for Dupes’ Evil Eye? Exploring the “Space” for Makeup Dupes in the Indian IP Framework”. The Second position was secured by Aditya Subarno, from West Bengal National University of Juridical Sciences, Kolkata for their essay titled “AI Authorship, A Futile Pursuit? A Look Through The Lens Of Music Generating AI”. And the third position was secured by Tanishka Goswami, from National Law University, Delhi for their essay titled “The Copyright Paradox: Striking The Balance Between Free Speech & Copyright In India”. The judges for this edition of the competition were Prof. Shubha Ghosh and Prof. Srividhya Ragavan.

Praharsh wrote about the leaked Draft IP chapter of the India-UK FTA. Discussing the TRIPS-plus provisions therein, he mentioned how these provisions depart significantly from the current Indian law and have potential to revamp the entire system.

Other Posts from the Week 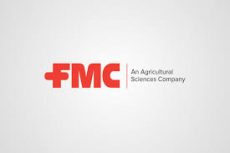 Namratha discussed the Delhi High Court’s order in FMC Corporation v. The Controller of Patents where it rebuked the Plaintiff for not filing written submissions in time and thereby delaying the patent application process. She highlights how the decision reiterates the importance of adhering to procedural tenets during patent prosecutions. She notes that though in the present case the focus was on delay tactics adopted by the Applicant, the court opined that Patent Controller did not adequately capture reasons for the objections raised under Sections 2(1)(ja), 3(d) and 3(h)- thus highlighting another instance of unreasoned orders from the Indian Patent Office, an issue which still haunts the Indian patent prosecution set up.

Course on Access to Medicines, TRIPS and Patents [Kochi, December 10-14]

We informed our readers about the five-day course/workshop on ‘Access to Medicines, TRIPS and Patents in the Developing World’ from December 10- 14 in Kochi, Kerala. The event is organized by Inter-University Centre for IPR Studies (IUCIPRS), Cochin University of Science and Technology (CUSAT), and Third World Network and the deadline for application is November 10. Travel and accommodation shall be arranged by the organizers through scholarships. You can find the application form here. The suit was filed against the Defendant’s alleged infringement of Plaintiff’s patent on the drug Apaxiban. Consequently an interim injunction was passed by the Delhi High Court. However, the patent on Apaxiban expired in September 2022 and via the present order, the court ruled that “there can be no injunction on the manufactured stock lying with the Defendants, from being sold as on date.”

The Delhi High Court dismissed the application for rejection of the plaint on the ground that the Plaintiff has alleged disparagement of its goodwill and reputation due to videos uploaded by the Defendant and that the plaint cannot be rejected on the basis that the proprietor is not a necessary party as this can later be rectified by giving an opportunity to the Plaintiff under Order I Rule 10 CPC.

The present appeal was filed against the order of the commercial court, rejecting the Appellant’s request for an interim injunction. The Appellant has proprietorship over the device marks bearing the term “Sanjha Chulha” for its restaurant/ food outlets in New Delhi. However its application for proprietorship over the word mark Sanjha Chulha was opposed by the Respondents. The Appellant also claims prior use of the mark since 1986, however, it was not able to prove that. The Respondents on the other hand claim to be using the mark Sanjha Chulha since 1996 for restaurants operating in Faridabad and New Delhi and had a separate device mark for “Sanjha Chulha” which was lapsed in 2014. The rectification application by the Respondent has met with oppositions from the Appellant. The impugned order by the commercial court ruled that no one can claim exclusivity over the descriptive words “Sanjha Chulha” which is a part of the common vocabulary and ruled that both parties are concurrent users of the mark.

The Division Bench of the Delhi High Court upheld that order of the commercial court and reiterated that registration over a composite mark does not guarantee a protection over any specific part of the mark. It further held that “if a prominent part of the registered trademark is subsequently adopted by another user, either on a standalone basis or as a part of the composite mark, the same may in a given case indicate that the two marks are deceptively similar. But it is not necessary that in every case where a part of a composite trademark is used by another as a part of its trademark, the conclusion that the two marks are similar must necessarily follow.”  Agreeing with the commercial court’s opinion that the words Sanjha Chulha are descriptive it further stated that a proprietor of a device mark that includes certain descriptive words of common use, would not necessarily acquire an exclusive right to usage of the said words.

The Delhi High Court nullified the order(s) passed by the Respondent, regarding rejection of registration  of a marks under section 9 and Emblems and Name (Prevention of Improper Use) Act, 1950 and ordered for advertisement of the marks. The court relied on its previous orders which dealt with identical facts and had ordered for advertisement therein. It also deferred to the fact that similar mark has been registered for different class of products and thus disregarded the objections raised by the Respondent.

Defendant no. 1 filed an application seeking amendment to its written submission to withdraw  admission regarding the Plaintiffs being the owner of the copyright in their subject work, and to dispute such ownership claimed by the Plaintiff. The Defendant explains that this need to amend the written submission arose as Plaintiff had filed certain assignment agreements in its favor in a sealed cover, which were later disclosed to the Defendant pursuant to an order from the Delhi High Court. The Plaintiff objected to this application on the ground that these agreements were filed along with the plaint and the Defendant did not seek an inspection of these documents prior to filing its written submission.

The Delhi High Court, dismissing the application, relied on the Supreme Court’s decision in Heeralal v. Kalyan Mal & Ors. and Ram Niranjan Kajaria v. Sheo Prakash & Ors. to hold that an application for amendment in the pleadings cannot be made to withdraw an admission which was categorically made earlier.

The Delhi High Court allowed an appeal against the decision of the Respondent, ordering to proceed for grant of patent to the Appellant’s invention “Notched Fastener”. The Respondent had rejected the application on the ground that “Patent Application lacks inventive step as defined in Section 2(1)(ja) of the Act in view of the disclosures made in the prior art documents.”

The court dived into examining existence of an inventive step and the lack of obviousness in the present matter and concluded that the differences between prior art and impugned invention, which the Controller describes as `superficial’ may appear simple but clearly have an impact on the product concerned.

Delhi High Court passed in interim injunction against the Defendant to use the mark “Corza” in relation to sanitary products, for which the Plaintiff has registration over a similar mark in class 11. However, the Court clarified that the order shall not be extended to Defendant’s use of the mark under Class 19, within the State of Kerala, as it holds proprietorship over using the mark in that category in Kerala.