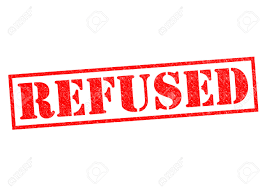 Earlier this month, in the DU photocopy suit that was remanded to the Single Bench by the Division Bench on certain issues, Justice Endlaw passed an order firmly refusing the applications filed by two publishers’ associations (API and FIP) and IRRO for impleadment and intervention in the suit respectively. He reasoned that the suit had been remanded only for a fact specific determination that concerned the Plaintiff-publishers alone and the applicants had no say in it.

As our readers may recall, last month the Division Bench of the Delhi High Court had, in the DU photocopy case, held that making and distribution of course packs to students does not amount to copyright infringement as long as it is for the purpose of educational instruction. It had thus remanded the suit to the Single Bench for a fact specific determination on whether the copyrighted materials included in the course packs in this particular case were necessary for the purpose of instructional use by the teacher to the class or not. It had also permitted the Plaintiff to amend the plaint and plead the fact that apart from course packs, eight books were found to have been photocopied back to back. Accordingly, the suit was listed before the Single Judge, Justice Endlaw (who had earlier dismissed the suit) on January 20, 2017.

Indian Reprographic Rights Organisation (IRRO) and publishers’ associations, Federation of Indian Publishers (FIP) and Association of Publishers in India (API), who had intervened in the appeal before the Division Bench, filed applications for intervention and impleadment (respectively) in the remanded proceedings before the Single Bench as well. On being asked about the purpose that the impleadment/intervention would serve, the applicants advanced the following arguments:

Refusal of Applications by the Single Bench

Justice Endlaw did not find merit in any of the above arguments of the applicants and thus refused to grant their applications for impleadment/intervention.

Accordingly, the Single Bench refused to allow impleadment/intervention of API, FIP and IRRO before it, holding that the Division Bench had remanded the suit only for a factual determination as to the purpose of inclusion of the copyrighted works in the course packs and no party except the Plaintiff-publishers had a say in it.

Clarification on Remanded Issues to be Sought from Division Bench

The applicants stated that they will seek clarification from the Division Bench on the remanded issues within a period of four weeks and requested the Bench to hold over the applications till then. Justice Endlaw accordingly listed the matter on February 28, 2017 and also granted a last opportunity to the Plaintiff-publishers to amend their plaint (as allowed by the Division Bench) within four weeks, so as to the plead the fact of full text copying of books.