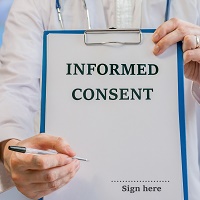 For the last 6 months, we’ve seen The Hindu reporting on bedaquiline, Janssen’s new experimental TB drug from various angles. There was the first set of reportage by Vidya Krishnan, which was mostly incorrect and possibly fake news. Then there was the opinion editorial by R. Prasad, a correspondent at the paper, who while noting the pending Phase III trials for the drug, recommended ramping up access to the drug. I’m not sure whether it is regular for health reporters to be in the business of endorsing new medicines. He simply skipped any discussion on the flawed consent form being used by the Indian TB program instead publishing a news report quoting one doctor on urgent ethical requirement in making bedaquiline available to TB patients.

Thankfully though, on Sunday, the Hindu published yet another report, this time by its correspondent Priyanka Pulla who went and actually spoke to patients being given bedaquiline at a government hospital in Delhi. One of the patients told her that the patients are not even asked to sign the informed consent form, forget being provided the information recommended by the US FDA and the World Health Organisation (WHO), namely the fact of the deaths in the Phase IIb trials.

“Kumar doesn’t remember being told all this. “They didn’t tell me anything. Nor did I sign any form,” he says. Even if he had been given the patient-information booklet (designed by India’s Central TB division) for bedaquiline, he may not have learnt about the mortality risk.”

Pulla’s report also quotes Dr. Jennifer Furin, who was associated with the drafting of the Indian guidelines on bedaquiline treatment, as saying the following (print issue of Hindu has the following quote):

“While the patient information booklet mentions side-effects such as dizziness, it does not disclose the Phase 2B results. Such a lack of disclosure is egregious”.

The question then is whether Dr. Furin will continue to demand increased access to the drug before fixing the consent form.

The silence on the deaths during the Phase IIB trials is only aspect of the flaw on the consent form. The other lapses are listed in a post I wrote over here comparing the WHO prescribed consent form and the actual form drafted by the Indian government. The other serious lapses in the consent form, under Indian law, is the clause forcing patients to waive any right to compensation in case anything went wrong and the complete silence that they were not informed that their data was being transferred to Janssen, the company that made the drug.

The flaws in the consent form that I mentioned above, are serious ethical and legal lapses. This episode is a reminder of the moral and ethical hazards of dropping/waiving regulatory requirements to allow access to experimental medicine in a country like India. Unfortunately, as long as there are single issue activists in India who have to make a living off “selling” the need for faster access to drugs, we will continue to see more such cases of Indians being used as guinea pigs for pharmaceutical companies being run by white men. I hope even white activists learn from this fiasco and stop trying to dabble in remote control activism aimed at influencing Indian policies when they clearly don’t understand the Indian ecosystem related to drug regulation. It is simply irresponsible to urge India to adopt regulatory decisions made in the West without accounting for the weak rule of law framework in the Indian health sector. For whatever reason, the voices of white activists and doctors get amplified in the Indian press and that gives them a lot more influence in India than is normal for a country of a billion brown skinned people. I do not fully understand why this happens with the press but they are hardly the only ones privileging white voices. I’ve seen it happen even in the context of Indian academia where white scholars get special treatment for no other reason than their race.

As for Janssen’s public relations team, congratulations on convincing, nay, brainwashing, a large number of Indians into thinking that Phase III trials are a simple formality that is not important and not required under Indian law.