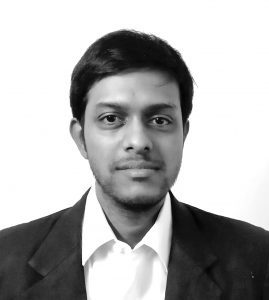 We’re pleased to bring to you a guest post by Swaroop Mamidipudi on the recent decisions in MRF v. Metro Tyres and Yash Raj Films v. Sri Sai Ganesh Productions, wherein the Delhi High Court held that making of a substantially similar copy (and not only a physical copy) of a copyrighted film amounts to infringement of copyright in the film itself.

Swaroop is an advocate practicing in copyright law at the Madras High Court. He has guest blogged for us in the past as well (see here, here and here).

Creating More Copyright in Cinema: But What of the Actual Creators?

I have written earlier on this blog on this issue, arguing that as far as cinematograph films and sound recordings are concerned, the Copyright Act, 1957 (“the Act”) only protects the physical recording itself and not the contents of the film or the sound recording. I had further argued that the rights to the contents of the film, being remake rights, sequel rights or any other such rights in the film only belonged to the writers of the film. I had written why this doctrine exists in our Act and why it is important to the scheme of the Act.

Mr. Jagdish Sagar had written a response to my piece with a powerful argument that there is a “complex overarching act of creative authorship” in the making of the film. In other words, there is a creative leap from the page to screen and that the Act ought to be interpreted in a manner so as to protect this leap. In these two recent judgments, the Delhi High Court does exactly that.

In MRF v. Metro Tyres, the Plaintiff claimed that the Defendant had infringed his advertisement (a cinematograph film) by making a deceptively similar advertisement for his own product. The Plaintiff sued for copyright violation in his ad film itself. On the other hand, in Yash Raj Films, the Plaintiff sued the Defendant for making an unauthorised remake of their film “Band Baajaa Baaraat”, but argued that this was a violation of copyright in their script. In both cases, Justice Manmohan held that it was a violation of the copyright in the cinematograph film itself.

Since YRF merely follows the judgment in MRF, I shall examine the reasoning in MRF point wise, along with my response to the same:

2. A cinematograph film is more than the sum of its parts. This proposition, again, cannot be quarreled with. However, this argument does not take Justice Manmohan too far – the question is not what a cinematograph film is, but what is protected under the Act. Unless he can identify which limb of section 14(1)(d) is violated, he cannot show infringement.

3. A copy does not mean a physical copy. Under section 14(1)(d) of the Act, the owner of copyright in a cinematograph film can make a “copy” of the work, give on rent or hire a copy of the work and communicate the work to the public. Under section 51 of the Act, an act amounts to infringement only if a person does one of these things mentioned in section 14(1)(d). Justice Manmohan relies on the arguments in (1) and (2) to hold that remaking a film would fall under making a “copy”. However, he does not deal with section 51, or with the definition of “infringing copy” under section 2(m) of the Act. An “infringing copy” is defined as a copy of “the film” on “any medium”. Which also means that the scope of protection under section 14(1)(d) is only for the actual copy of that particular film on a medium and not a remake. Further, section 14(1)(d) itself states that to make a copy of the film includes the right to make a photograph of an image forming a part of the film and to store a copy of the film on any medium. Since these are the two methods of making a “copy” mentioned in the Act, it is unlikely that the Act intended to include remaking a film within the meaning of “copy”.

“Ownership of copyright in a cinematographic work shall be a matter for legislation in a country where protection is claimed.”

On the issue of whether the Berne Convention can be used in this context at all, it is instructive to note the judgment of the Supreme Court in Commissioner of Customs v. GM Exports where the Supreme Court holds that a convention can be relied on (to summarise a rather longwinded principle) in cases where the legislation was framed “in pursuance of”, in “furtherance” of or to “enforce” a treaty obligation. In Vishaka v. State of Rajasthan, the Supreme Court held that an international treaty can be used to interpret the law when there is a lacuna in domestic law. The Act was not made in pursuance of the treaty or to enforce the treaty, nor is there a lacuna in the law. Importantly, India is a dualist state. Therefore, the reliance on the Berne Convention is erroneous.

The error in YRF is more apparent. The Plaintiff here did not even argue that it was a violation of the cinematograph film. The judge, following his own decision in MRF held so anyway. In any case, even if a “copy” includes a remake of the film, to succeed on infringement, the Plaintiff should show that there is a substantial audio-visual similarity between his film and the infringing film. There is no discussion on this aspect at all. Infringement is presumed.

These judgments will only increase the power that producers have in an already unequal film industry. Indian producers are well known for underpaying talent and exploiting any talent not established in the industry. Any director, writer, actor or technician will testify that those at the start of their careers are grossly underpaid. The physical copy doctrine at least gives one segment of artistes, the writers, a bargaining chip with producers. A.R. Rahman has famously retained copyright in his music to use and reuse them as he wishes and commercially exploit the same music in different industries. The destroying of the physical copy doctrine (since provisions relating to sound recordings are substantially similar) could strike a blow to this as well. After the judgment of the Madras High Court in Thiagarajan Kumararaja, at least two writers (that I personally know of) have been able to strike lucrative deals for remake rights of their successful Tamil films. MRF will give producers back their unchallenged prime place in the industry.

That leaves us with the last thorny question – what of that creative leap? Does our law not protect it? Unfortunately, it doesn’t. These judgments hand the creative leap to the producers, whereas the ones responsible for this leap are often the directors. Other jurisdictions, especially in the UK and Europe have recognized principal directors as being stakeholders in the earnings of films. Perhaps its time for Indian law to look at amendments along those lines.