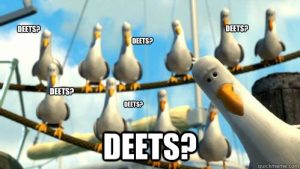 A few weeks ago, Pankhuri had released a post on the Government’s proposed revisions to Form 27, provided in the Draft Patent (Amendment) Rules, 2019.  Before I delve into the implications of these revisions, a brief recap of the relevant legal provisions and the events which led to this state of affairs is required to give readers more clarity on this pressing issue.

Section 146 (2) of the Indian Patent Act (“Act”) read with Rule 131(2) of the Patent Rules, 2003 requires all patentees and licensees to disclose extensive details on the commercial “working” of their patent under Form 27 of the Indian Patent Act on an annual basis. Failure to fulfil this duty may lead to compulsory license of the patent. The Act provides for the grant of a compulsory license under Section 84 (1) if the “(i) reasonable requirements of the public with respect to the patented invention have not been satisfied (ii) patented invention is not available to the public at a reasonably affordable price (iii) patented invention is not worked in the territory of India”. By issuing compulsory licenses to third parties, the Government authorises them to make, use, or sell a patented product without obtaining the consent of the patentee.

Compulsory licensing and patent working has been and continues to be a highly disputed terrain of IP law. Opponents of this law (mainly the US Government and big Pharma MNCs) claim that  the requirement of extensive patent disclosures creates uncertainties, hampers innovation and ease of doing business and poses a huge administrative burden, amongst other reasons. It is, however, undeniable that the necessity of these provisions in order to ensure accessibility and availability of patents in the market far outweigh the possible cons faced by patent-holders and licensees.

Past Compulsory License Applications and the 2015 Patent Working PIL

Since 2011, SpicyIP has been working consistently to create awareness about the government’s (lack of) action with regard to non-compliance with patent working laws. In 2015, Prof. Basheer filed a PIL (“Patent Working PIL”) before the Delhi HC to draw attention to Government’s non-action against such defaulters. He further argued that the format of disclosures under Form-27 was insufficient since it failed to cover a number of necessary criteria required to determine the commercial working of a patent. The petition was disposed of in 2018 and the Court directed the Government to introduce the necessary amendments to ensure efficacy of the patent working provisions. The Government, however, is yet to take the necessary steps, as shall be demonstrated below.

Proposed Form 27 Format-implications on the Grant of Compulsory Licenses

Pankhuri, in her post, notes that the Government’s proposed amendments to Form 27 does away with providing the following information (For a detailed comparison between the present Form 27 and the proposed one, do refer to her post.):

“1. Quantum of the patented product manufactured in India or imported into India;

2. Country wise details of the value and quantum of the patented product imported into India;

3. Steps being taken towards working (if patent has not been worked);

4. The licenses and sub-licenses granted during the year.

5. Statement on whether public requirement has been met at a reasonable price”

At this stage, it is important to note that Natco and Lee Pharma had relied significantly on Form 27 filings to show that the reasonable requirements of the public were not met and that the patented invention was not worked in India. Specifically, in the Natco-Bayer dispute, the Form 27 filings revealed that Bayer sold the drug Nexavar at an exorbitant price (Rs 2,80,000 a month) and was able to meet the requirements of only 2% of the patient population. It is also interesting to note that though Natco had ultimately succeeded in their claim, the SpicyIP team had reported that there were several defects in Bayer’s Form 27 filings. Further, Prashant had highlighted the considerable lack of evidence filed by Natco to support their compulsory license application.

“…patent working data is critical for triggering the compulsory licensing and revocation provisions. If this trigger is made more difficult by keeping the data secret and opaque, it will ultimately affect consumers by denying them potentially more affordable technologies and goods, a concern most starkly felt in the area of lifesaving/extending medicines, such as Bayer’s Nexavar.”

Hopefully, the Government will take these implications on compulsorily licensing into consideration and release a draft of the Form 27 which does not impede the efficacy of these provisions.

(This post has been written under the guidance of Pankhuri Agarwal and Prof. Shamnad Basheer.)