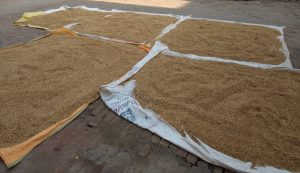 Blockchain technology, a special version of the more generic ‘digital ledger technologies’ (DLTs), came into being around 10 years ago with Satoshi Nakomoto’s white paper on Bitcoin.[1] More recently, these technologies have been in the media, not only because of ongoing efforts of the Indian government to ban cryptocurrencies, but also because several supporters of these technologies claimed early on that they hold at least the potential of resolving “virtually every human problem in existence”[2], notably problems associated with trust (or the lack of it!). While a lot of what is associated with blockchain is labelled as ‘hype’, blockchain based applications and platforms have emerged and are continuing to emerge rapidly, and are being embraced, not only by companies, but are also increasingly gaining acceptance by national governments who are choosing to permit blockchain based businesses, while covering them under existing[3] or new regulations.[4] Various corporations and governments worldwide have also embraced several blockchain based business models and usecases ranging from supply chain management,[5] land registry management to voting systems[6] and e-governance.[7]

While its usecases in agriculture mostly revolve around supply chain management (“from farm to fork”),[8] a recent paper[9], discusses a new conceptual understanding of these technologies, under which they can be used as a means of promoting and incentivizing research and in situ innovation with agrobiodiversity. As discussed elsewhere, in situ conservation is a pre-requisite to in situ sustainable seed innovations (especially by farmers/informal sector)[10]. This technology, especially when combined with Artificial Intelligence (AI) applications, can also help small farmers like Jitul Saikia (See Box 2), farmers engaged with seed storage using traditional as well as locally adapted traditional (and sustainable) means (See Box 1), as well as farmers and farmer communities engaged with preserving and improving in situ, rare and highly nutritious seeds like Sona Moti (See Box 3). When traded with the assistance of these technologies, small farmers can sell or share (individually or collectively) their indigenous/traditional seeds in “digital marketplaces”, better assured of traceability and ‘benefit sharing’. These technologies can also help monetize the sharing of know-how associated with the cultivation of these in unique local conditions.[11]

These technologies hold significant promise although they are, relatively speaking, in a nascent stage of development. The following sub-section attempts to describe, in the simplest terms possible, the features of these technical solutions, particularly of Blockchain/DLTs that make them promising for the purpose of promoting and incentivizing Sustainable Seed Innovations, especially by farmers. Part 2 of the Position Paper (coming soon!), also discusses how these technologies can also be used to incentivize and raise funds for research on and with PGRs in a way that enhances farmers’ incomes. It also highlights the legal and ethical issues that need to be addressed in order to ensure that the technology leads to equitable and desirable outcomes, rather than inequitable, and illegal ones.

Blockchain technology or DLTs are technologies that can be understood and explained in many ways, at various levels of abstraction. For our current purposes, it is useful to think of blockchain/DLT as a technology that permits secure data collection, arrangement, storage and transfer in an immutable or change sensitive manner (so called ‘immutable record keeping’).[12] The data typically entered into a blockchain is often data about transactions – i.e., who gave what to who, when, where, in what quantity etc. This feature, namely, immutable record keeping, is one of the central and most important features of the technology for our purposes, namely, the purpose of promoting sustainable seed innovation. The technology permits the traceability of the source of any transacted good (e.g. seeds), to its origin.[13] It can perhaps already be stated, however, that because, originally, blockchain was a technology designed primarily for digital (transactional) data, its use for tracing physical transfer of goods has to be accompanied with a plethora of other technologies and safeguarding measures, including, for example, tamper proof packaging, IoT devices, and in case of seeds, technologies such as biomarker technologies.

Beyond the ‘immutable’ record keeping feature, a second valuable feature of DLT or Blockchain, is its ‘distributed’ (as opposed to ‘centralized’) structure.[14] This means that because data stored on a blockchain is in digital (and not physical) form, blockchain creates a systems where multiple copies of the data can be simultaneously stored (and the transaction history automatically updated, albeit, currently with some time lag) on various computers in different parts of the globe (each computer that has a copy of the full transaction history, is called a ‘node’).[15] This distributed structure ensures that no one ‘node’ can tamper with the data or transaction history without changing the record in all other nodes. The larger the number of nodes in a blockchain ecosystem, therefore, the more difficult it is to tamper with (change) transaction history. This feature makes the network much more trustworthy than any current ‘centralized’ third party intermediary. For this reason, blockchain technology is said to eliminate the problem of (lack of) trust that disincentivizes certain types of transactions.

In addition to the above two features (i.e. immutable record keeping and distributed/multiple digital ledger copies), an additional feature that can optionally be added to any blockchain system, is the feature of so called “smart contracts”. It is noteworthy here that ‘smart contracts’ are neither ‘smart’ nor truly ‘contracts.’ They are, essentially, self-executing software, i.e., software that automatically triggers a series of digital occurrences/happenings as soon as a pre-determined set of conditions is fulfilled.[16] Thus, for example, a blockchain software could (soon) be so coded as to make sure that as soon as a bar or QR code on a package of seeds is scanned by a specific system at a specific location (e.g. the buyer’s premises), a transfer of payment is automatically made from account A to account B. Although this system is extremely complicated, it has been successfully deployed to ensure payments to specific parties as soon as certain conditions are fulfilled, without the need for a third-party intermediary (such as a bank).[17] The system, or the code underlying the system, then replaces the “trusted third party intermediary”, reduces transaction costs, delays and a host of other problems, including problems that may be result of corruption or breakdown of one of the nodes/computers in the system.