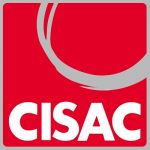 CISAC is the International Confederation of Societies of Authors and Composers. Its stated objective is to ‘protect the rights and promote the interests of creators across all regions of the world and artistic fields; music, audiovisual, drama, literature and visual arts’. It aims to ‘foster a legislative environment that supports the cultural and creative industries, thereby contributing to both cultural diversity and economic growth worldwide’. [For more details, please click here.] According to Wikipedia, it is the world’s largest international network of authors’ societies.

It released its report recently. Its report on India (pages 50 and 51) is interesting. It states that the collections in India have gone up in the last two years. It talks about IPRS (which is re-admitted to CISAC membership in 2018). The report notes that the growing collections is largely driven by audio and video streaming (which is due to growing mobile usage). It notes that ‘the mobile phone is the content gateway device for consumers in India’.

I am reproducing some of the parts of the Report (with respect to India):

“The legal environment for creators in India has been improving. In 2012, the Copyright Act, 1957 was amended by the Indian legislature, granting unique and unprecedented rights to lyricists and music composers allowing them to claim an ‘equal share of royalty’ for the utilization of musical compositions and lyrics in ‘any form’.

This right is inalienable and in the past year has significantly benefitted songwriters in India. IPRS, the sole authors society in India, is now empowered to solely act as a CMO on behalf of authors. IPRS administers the performing right and the mechanical right in India.

Music publishing has largely been controlled by the recorded music business in India with master rights and publishing rights licensing generally being held and conducted by a single entity. IPRS has emerged as an exception to this general rule in India, with most Indian and international music publishing business joining IPRS.

IPRS was re-registered by the Indian Government in late 2017 and was able to enforce the [Indian] Copyright Act, 1957. [For SpicyIP post, click here.] It was re-admitted to CISAC in December 2018, having restructured its constitution, among other changes, to its policies.

The Indian music sector continues to face challenges arising from legislative change proposals relating to a potential inclusion of music streaming under rules that support the existing statutory licensing provision. This would complicate the licensing terrain in India particularly where music streaming has assumed critical proportions from a revenue perspective. The Indian government is currently deliberating on industry feedback on the proposed changes. This is further complicated by a continuing reluctance of various platforms, particularly private FM Radio, to pay publishing royalties. IPRS has instituted litigations against various users including telecom service provider Vodafone in the past year.”

The Report is an interesting read. It gives one side of the spectrum. The influence of EU Copyright Directive (2019/790) is evident from the Report. A detailed review of the Directive is beyond the scope of this post. However, it can be stated that the Directive goes a long way in ensuring that the creators are acknowledged, compensated and protected for their work. There are some justifiable criticisms of this Directive as well. Whatever be the arguments for and against the Directive, it is definitely a piece of legislation worth an in-depth analysis for designing a more equitable copyright law framework.

At this juncture, it is important to appreciate the fundamental distinctions between ‘authors’ rights’ in civil and common law systems. In a civil law system (continental tradition), authors’ rights are recognized as human rights. It recognizes the personal relationship between the creator and the creation. Accordingly, it places a strong emphasis on moral rights (which cannot be transferred). It even tries to protect commercial interests of creators. On the contrary, in Anglo-American system (common law system), copyright is regarded as a legal instrument for promotion of creation of works and making them available to the society. It is influenced by Utilitarian theory than by Natural Law theory as in the case of civil law system. Accordingly, moral rights are narrower. The real intellectual creators may not enjoy authorship or original ownership of copyright. Also, statutory protection of commercial interests is either non-existent or at a bare minimum. [For more, please click here.]

Jurisprudentially speaking, India, by and large, follows common law system (India does provide for moral rights). The EU Directive is a classic exposition of civil law system. I am not arguing for or against either system. There are valid justifications and criticisms regarding both the systems. While deliberating for a better copyright system, it augurs well to start at the fundamentals.

Please feel free to write to me or Pankhuri if there is any interesting development / policy initiative with regard to authors’ rights.