To Mock the Corona Word: Disparaging During the Time of Crisis

In a post co-authored with Praharsh Gour, Swaraj wrote about disparagement of the famous beer brand ‘Corona’ given its resemblance to the ongoing pandemic in the context of the Cerveciria Modelo De Mexico v. Whiskin Spirits case. Analyzing the order, it is noted that the Court has not recorded its assessment of the advertisement in granting the ex-parte interim injunction.

The post goes on to highlight that the alleged advertisement nowhere undermines or discredits the quality of the Plaintiff’s product but rather makes a cheeky pun out of the etymological similarity between the product and the virus – an act which seems to be allowed by law. The post identifies the previous instances where courts have talked about the level of negative commentary allowed in such advertisements. Finally, the post concludes on a note that this case could be an ideal ground to study the relatively unexplored territories of parody and trolling.

Patents, Innovation & University Research: A Few Questions about the Indian Narrative – Part I and Part II

In a two-part guest post, Victor Vaibhav Tandon wrote about the relationship between scientific research and patents and their role in innovation and development. 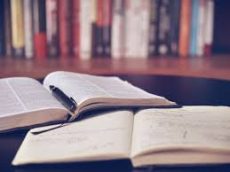 In Part I, Victor looks at universities and higher education institutions in India to study the systemic shifts needed to improve innovation and the acquisition of patents. Discussing the connection between patents and the incentive to innovate, he points out that empirical support for theories of innovation is mixed and that patents do not necessarily push for innovation. He also explains how patents affect downstream innovation that requires negotiating licenses and terms with patentees, which increases the costs involved in the same. Despite these problems, it is recognized that the patent system can be a useful tool and is the most suitable system we currently have for fostering innovation. Victor then goes on to analyze some patent data concerning India. While highlighting the various reasons for low filing, he says that there is an incredibly huge room for improvement in filing. Lack of awareness about IPRs and the cumbersome procedure for obtaining university approval for filing applications are suggested to be the possible reasons for the low filing rates.

In Part II, Victor highlights some of the areas of interest in the context of university research and innovation in India. First off, he writes about the issue of R&D costs and equipment, on which India spends 0.6-0.7% of its GDP which is much lesser than other countries like US, China and Israel. This needs significant improvement and the involvement of the private sector. Next, it was pointed out that there is tremendous scope for improvement with respect to the number of researchers working in India and in the research environment. Continuously increasing R&D spending to globally comparable levels, focusing on higher education, university-industry partnerships, and improving the number of researchers without compromising on their quality are seen to be imperative for innovation. In conclusion, Victor states that for increasing innovation we need to look at our education infrastructure, R&D spending, research environment, opportunities for STEM researchers and scientists, and university-industry partnerships to harness the potential of a vibrant patent system.

Our Fellowship applicant Anupriya Dhonchak submitted a guest post where she analyzes the Bombay HC’s interim order in Shamoil Khan v. Falguni Shah concerning a copyright infringement suit against a web series ‘Singardaan’. Bombay HC in this case held that copyright protection subsists in the theme, plot, and storyline constituting the essence of a literary work, thus significantly expanding the scope of copyright protection. First, she argues that the ratio of this case is to be construed as being only strictly applicable to the material facts of the case. She argues that the word ‘theme’ is used in a sense to refer to the storyline, central idea and character trajectory expressed together rather than as an abstract central idea and hence would merit copyright protection. Second, she argues that the Court was incorrect in its reasoning that the differences drawn up by the defendant between their web series and the plaintiff’s story were not crucial because they constituted ‘mere embellishments’ whereas the storyline of the plaintiff was the ‘life and blood’ of the web series. She argues the ‘life and blood’ of the web series is irrelevant to a finding of similarity and copyright infringement as the test only concerns substantial use even if the copied expression is used as ancillary parts.  She concludes that the Court proceeded on a general overview based on an average lay person’s view of the works instead of a studied dissection, thus showing the difficulty of applying the idea-expression dichotomy in practice.

Telangana HC sets aside ex-parte interim injunction order for non-recording of reasons in a passing off case [June 24, 2020] 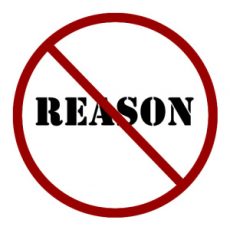 In Ms Industries and Spirits P Ltd v. Ms Allied Blenders, a single-judge bench of the Telangana High Court set aside an ex-parte ad interim injunction granted by a subordinate court (City Civil Court of Hyderabad) for not recording reasons for the grant of an injunction considering the extraordinary nature of the remedy. The lower court had granted an injunction against Ms Industries (appellants) to prevent them from dishonestly passing off Allied Blenders registered trademark in ‘Officer’s Choice’ and its variants. It was alleged that the appellants use of the label ‘Manjeera Classic No.1 Whisky’ and its variants were similar and identical to Allied Blenders Officer’s Choice trademark and trade dressed labels. Further, it was also argued that the appellant’s use was an infringement of the valid copyright held by Allied Blenders in the original artistic work ‘Officer’s Choice’ and the same was detrimental to the distinctive character and reputation of Allied Blenders’ mark and copyright. The same decision was appealed in the High Court and after scrutinizing the conditions for granting an injunction under the Civil Procedure Code, the High Court noted that there was no recording of reasons for granting the ex-parte interim injunction and set the same aside. 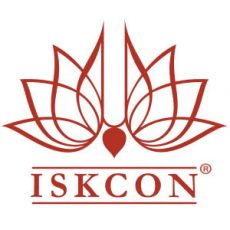 In International Society for Krishna Consciousness (ISKCON) v. Iskcon Appaeral Pvt Ltd., a single-judge bench of the Bombay HC granted a permanent injunction against the defendant, a clothing manufacturer, from using the trade name ISKCON and declared that the International Society for Krishna Consciousness (ISKCON) is a well-known trademark in India within the meaning provided in Section 2(1)(zg) of the Trade Marks Act. The Court had granted an interim injunction in the matter on March 6, 2020. The plaintiff established the efforts undertaken by them to safeguard their rights in the mark ISKCON and the activities undertaken by them using the mark ISKCON and that the recognition, reputation, and goodwill of the plaintiff’s marks is not restricted to any particular goods/services/ activities but pertains to a diverse range of categories. The judge recognized that ISKCON is a coined trademark of the plaintiff and it did not exist prior to the plaintiff’s adoption and use of the same. The judge observed that since it is associated exclusively with the plaintiff, it deserves the highest degree of protection and recognized the same through the order.

In GE Power India Limited v. NHPC Limited, a single-judge bench of the Delhi High Court refused to grant an injunction in a copyright infringement case as the plaintiff did not have a prima facie case. The plaintiff had alleged that the defendant published and disclosed to third parties copyrighted and highly confidential drawings of the plaintiff. The copyrighted work being confidential in nature, the defendant did not have the right to publish or possess the same without a license. However, the terms of assignment between the parties recognized a limited right that the defendant had with respect to the work. The defendant took the plea of fair dealing which is permitted under Section 52(1)(a) of the Copyright Act, however, the Court clarified that the right is available only for private or personal use and does not apply to the commercial activity for which the defendant published the work. The Court added that Section 52(1)(x) of the Copyright Act applies only to architectural drawings or plans that are used for reconstruction of a building or structures “originally constructed” and therefore stipulates that the building or structure with the said drawings was made with the consent or license of the owner of the copyright in such drawings and plans. However, since the plaintiff could not show that any copyright vested in the drawings, the Court held that it did not have a prima facie case for granting an interim injunction.