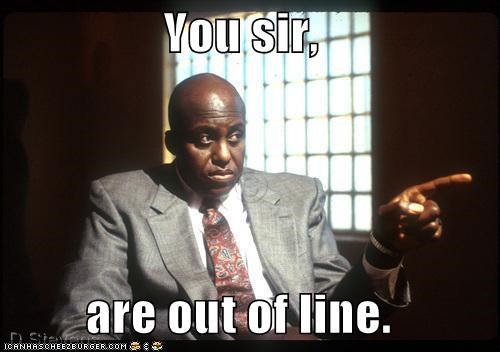 We’re pleased to bring to you a guest post by Arth Nagpal and Harsh Srivastava, analysing Gurugram District Court’s decision on intermediary liability for copyright infringement in Shree Krishna International v. YouTube (2019) in light of Delhi High Court’s landmark decision in MySpace (2016). They argue that the Punjab & Haryana High Court, before which an appeal from the decision is listed for final hearing, should follow MySpace and bring clarity on the liability of intermediaries for copyright infringement.

Is Shree Krishna Int’l Decision on Intermediary Liability in Line with MySpace?

In a number of cases, online intermediaries have been caught in the crosshairs of disgruntled copyright owners, even for infringement by third-parties. In order to strike a fair balance between rights of copyright owners with those of the intermediaries, the landmark decision in MySpace provided for a combined analysis of the Information Technology Act, 2000 (‘ITA’) and the Copyright Act 1957 (‘CA’). The main provisions governing such liability are Section 51 of CA r/w Section 79 and Section 81 of ITA. MySpace was a welcomed decision as it limited the liability of passive intermediaries, through safe-harbours, in cases of third-party copyright infringement.

However, the 2019 decision of the Gurugram District Court (‘DC’) in Shree Krishna International does not fall in line with the same. While holding the intermediaries – YouTube and Google (‘Defendants’) – liable for infringing copyrights held by Shree Krishna International (‘Plaintiffs’), the DC misconstrued the nature of the Defendants’ involvement and ousted the application of safe-harbour provisions. The impugned decision has been appealed to Punjab and Haryana High Court (‘P&H HC’) and is listed for final hearing.

In this piece, we seek to analyse this judgment of the DC in light of MySpace and suggest a plausible approach that can be adopted by the P&H HC to bring clarity to the jurisprudence on intermediary liability in cases of copyright infringement by third-parties.

Applying MySpace to the Impugned Decision

The DC erred in its decision on three key points – first, it wrongfully diluted the standard of knowledge from ‘specific or actual knowledge’ to ‘general awareness’ to impose liability on the Defendants; secondly, it incorrectly held that the mere insertion of advertisements amounted to modification of content; and thirdly, the ouster of the application of Section 79 of the ITA was unjustified.

Dilution of Standard of knowledge to impose Liability on Intermediaries

The DC opined that the plaint should be treated as notice and relied on the testimony of Ms Debra Tucker, Manager of YouTube Legal Operations, to conclude that even though infringing URLs could be located through search, the Defendants failed to do so. Consequently, the onus of finding and assessing infringing content, based merely on the titles, fell on the Defendants.

This is contrary to MySpace which, in cases of internet intermediaries, obligated copyright owners to identify the ‘actual content which is being infringed’ in URL form. The Division Bench in MySpace observed that unlike ‘real space’, it is impossible to identify infringing content out of the millions of uploaded videos in the ‘virtual world’ and requires ‘actual’ or ‘specific’ knowledge on part of the internet intermediary. Merely providing titles to intermediaries amounts to ‘general awareness’ alone and would thus, fail to meet the required threshold.

MySpace’s approach is more suited to the digital sphere as indiscriminate take-downs lead to situations where even parties with legitimate rights over content bear the brunt of takedowns by intermediaries. This conclusion is supported by Tucker’s testimony, who stated that the Defendants “cannot come to know as to whom such title belongs to” merely by locating the URLs (see ¶23). Unfortunately, this remark was not considered by the DC.

Moreover, the sheer volume of such monitoring makes it impossible to be done manually and requires automated-filters, which are easily manipulatable. Automated tools can err especially in cases such as critiques, parodies etc, which have a very fine-line between permissible and non-permissible content (see here). Even the DelHC in Kent RO opined that an intermediary is neither equipped to determine an infringement nor does it possess the required prowess for such evaluation. This has led to “unwarranted private censorship”, a chilling effect on the free speech of citizens, curb on creativity and innovation, even takedown of legal writing.

Thus, the DC has diluted the requirement of ‘specific or actual knowledge’ of infringing material to a standard of ‘general awareness’, something that MySpace explicitly over-ruled. This approach is impractical, unfairly onerous on intermediaries and far from ideal. Thus, considering the typical nature of internet intermediaries, the P&H HC should follow Del HC’s approach in MySpace.

The DC relied heavily upon the fact that the Defendants had earned illegal profits through advertisements and had no policy to compensate the aggrieved. It further held the Defendants liable for secondary infringement as in its opinion, insertion of advertisements to videos before uploading amounted to a modification of content.

This falls foul of the distinction between modification to format and content made in MySpace. DelHC focused on the point that the ad-insertion by MySpace was automated and beyond the intermediary’s actual control. Justice Ravindra Bhat further opined that in cases of automatic modification, without human intervention, knowledge cannot be attributed to the intermediary. This is a more suitable position for internet intermediaries dealing with millions of videos everyday. Attributing knowledge to intermediaries based solely on an automated process would be unfair and extremely arduous for intermediaries.

In the instant case, there is no evidence to suggest that the Defendants actively inserted advertisements. In fact, the Defendants’ submissions that the ad-insertion was automated were not even considered by the DC. Thus, the DC wrongly concluded that the automatic ad-insertion by Defendants would make them liable for secondary infringement.

Applicability of Section 79 of the ITA

The DC erroneously concluded that the ad-insertion before uploading the videos onto the website implied an active role on part of the Defendants. It further relied on the interpretation of Section 81 in Christian Louboutin to hold that the immunity under Section 79 of the ITA is not available to the Defendants.

In our opinion, the essence of Louboutin was identical to MySpace, wherein, the primary focus was on the role of the intermediary. The Court in Louboutin observed that Darveys.com was “much more than an intermediary” and concluded that it was an “active participant” as opposed to a “passive intermediary”. Thus, according to both MySpace and Louboutin, the determining factor for providing safe harbour protection to intermediaries under Section 79 is the role played by them.

In the instant case, there is nothing to suggest that the Defendants were anything more than passive intermediaries. The only allegation of an active role on their part is the modification of content by adding advertisements. As argued previously, mere insertion of advertisements by the Defendants would not amount to modification of the content in violation of Section 79(2) of ITA. Further, given that there is no finding of primary infringement or violation of the Guidelines, safe harbours under Section 79 should be made available to the Defendants. Thus, the DC was unjustified in stripping the Defendants of the protection of Section 79.

The decision in MySpace is in line with the position on intermediary liability in cases of copyright infringement adopted by leading international jurisdictions such as the United States, particularly in Napster. The Defendants had put in place various measures to ensure compliance with the due diligence requirements under the Guidelines; for instance, they had entered into user agreements with third-parties to ensure that infringing content is not uploaded on their platform, published a usage and privacy policy etc. Such compliance was held to be sufficient to limit the liability of the intermediaries in decisions like Kent RO, Louboutin and MySpace. As discussed above, the Plaintiffs did not produce any evidence to suggest non-compliance of the Guidelines by the Defendants, yet the DC found otherwise.

Even though YouTube and MySpace are both content sharing platforms of a similar nature, DC relied solely on Louboutin – a case relating to the liability of an e-commerce platform – while completely disregarding MySpace. Interestingly, Justice Bhat, in MySpace, had noted that the dilution of the standard of knowledge to ‘general awareness’ for attributing liability, and the exclusion of safe harbours for passive intermediaries is not commercially viable and has the potential of shutting down the intermediary industry.

Though the injunction on displaying the disputed content granted by DC seems to be just, the imposition of damages on the Defendants has the potential of opening floodgates for future cases. Thus, in our opinion, the P&H HC must account for commercial feasibility and the unique nature of online intermediaries, and over-rule the impugned decision to bring the jurisprudence on intermediary liability in line with the decision in MySpace.