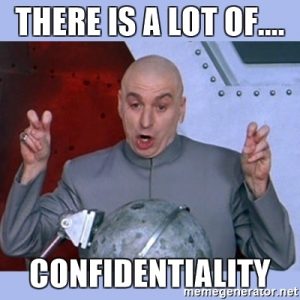 InterDigital, in its ongoing SEP infringement dispute with Xiaomi, proposed a Confidentiality Club for sharing confidential documents to assess whether the licensing terms being offered by InterDigital were on FRAND basis. While both parties were in agreement with the thought of having a confidentiality club, it is the structure of this club that was opposed by the defendants. Particularly, InterDigital’s proposal sought to restrict access to certain confidential information from the defendant’s representatives, and to be subject only to external eyes. The Delhi High Court in a recent order ruled in favour of the defendants and rejected this proposal. In this piece, I will discuss the court’s treatment of InterDigital’s proposal and the implications that it has on interests of licensees in SEP disputes.

“The difference between these two tiers, as visualised and suggested by InterDigital, is that the “outer tier” documents and material would be accessible to the advocates for both sides, experts appointed by them, as well as representatives of both parties, whereas the “inner tier” documents would be accessible only to the advocates for both sides (who would not be in-house counsel), and experts appointed by them.”

The inner-tier, thus, sought to exclude any representatives of parties, “other than “non-in-house” advocates and the experts appointed by them”, from accessing its documents. These documents would have included, inter alia, “confidential, comparable patent license agreements on FRAND terms, as executed by the parties in the suit”. In support of this proposal, InterDigital argued that disclosure of the impugned information would be prejudicial to its commercial interests. Particularly, as its licensing contracts with third parties contained confidentiality clauses, it could not divulge the information. Moreover, it stated that anyways given the highly technical nature of the information, Xiaomi was bound to take decisions almost in sync with the opinion of technical and professional experts and disclosure of information to the parties was not required. Additionally, it stated that this structure was reciprocal in that it would also allow Xiaomi to restrict information from the representatives of InterDigital. It also added that the two-tier regime only had to be set up for adjudicating upon the interim injunction. Finally, it highlighted that such a model has been accepted by courts all over the world in SEP infringement litigations including in India.

The court rejected all the contentions raised by InterDigital as far as exclusion of representatives of parties is concerned. On the issue of confidentiality agreements with third parties, the court held that they cannot “justify denial of fair opportunity” to the defendants. It discarded the argument on reliance merely on experts by pointing out that no educated litigant would keep themselves disassociated from the facts and leave it up solely to experts. The argument on reciprocity of confidentiality was considered irrelevant as it was obvious if the court granted confidentiality to one party it would accord the same to the other. Similarly, it rejected the point on restricting the regime to interim injunctions as an injunction against the defendant would lead to “permanent and irreversible” damage. Finally, the court looked at the past precedents relied upon by the plaintiff in favour of excluding party representatives from the confidentiality club. It highlighted that in most of the cases such exclusion was not opposed by the other parties and merely passed sub silentio. In the two cases where such a proposal was contested, either the contentions raised in the instant case were not raised, or the court did not return any finding on them. Similarly, for authorities from foreign jurisdictions, the court noted that there was no serious contestation on this point and in any case the instant application had to be decided based on the peculiar nature of the Indian jurisprudence. Apart from these denials of the plaintiff’s arguments, the court made two specific arguments in reaching its conclusion: that based on ‘fair play’ and that based on ‘lawyer-client’ relationship.

The court noted that a civil litigation generally requires each party to be aware of the case of the other party that it is supposed to counter, and no surprises should, thus, be permitted in this regard. In the context of the instant dispute, the determination of whether licensing rates set by the SEP owner are FRAND require assessment of license agreements with other licensees, considering the identity of the licensee and the scope of the license. This assessment cannot be carried out solely by advocates and external experts to the exclusion of party representatives. This is because given the large commercial implications of this assessment and the necessity of knowledge of market and structure of the company, externals cannot adequately determine even the question of comparability of the other licensees to the defendant. In such a scenario, the court held that it would be an affront to the principles of fair play and natural justice if the parties are excluded from this discussion. Moreover, the court emphasised the fact that it is InterDigital that has dragged Xiaomi to court and was relying on third-party agreements for FRAND terms. In such a scenario, it is highly unfair to exclude these documents from Xiaomi’s perusal and it “would result in an unequal balance”.

The court reproduced the authoritative findings from the case of Himalayan Coop. Group Housing Society v. Balwan Singh to reflect upon the lawyer-client relationship in India. The reproduced paragraphs examined several precedents and the BCI rules to emphasise that the lawyer is required to act on the instructions of the client and to not “substitute their judgment for that of the client”. With this principle in mind, the court held that a confidentiality club consisting solely of lawyers without them being able to discuss the documents with the clients would be contrary to the lawyer-client relationship. This is because it would then necessarily require the lawyer to substitute their wisdom and what they deem fit as against the wishes of the client. Moreover, this would have acted as a hurdle in the lawyer being clearly instructed by the client with the court coming in between the relationship of an advocate and a client. This aspect is what specifically allowed the court to differentiate the instant case from the authorities referred to by the plaintiffs.

In a previous post, Rajiv has aptly highlighted how the constitution of confidentiality clubs might be antithetical to the very concept of SEPs. This is because the entire standards as well as their configuration is already public and a cover of confidentiality does not let parties to become aware of the specifics of the different license agreements entered into by the SEP owner and the circumstances surrounding the same. This allows SEP owners to extract high sums, particularly prejudicing smaller licensees. This problem is further exacerbated if even the limited access that is provided through a confidentiality club is not even available to parties in dispute and only provided to experts. The implications of such exclusion have been examined in extensive detail on the blog earlier by Yashwant.

In this context, the Delhi High Court decision is a well-reasoned judgment that adequately secures the interests of the licensees. Without the inclusion of the parties within the confidentiality clubs, from the licensee’s perspective it would have basically been a shot in the dark, merely hoping that the external experts somehow are thorough with the intricacies of the particularities of the working of the licensee, as well as the market. There would, thus, have not been any possibility for the party to truly determine that the licensing terms are FRAND compliant. This decision emphasises that the SEP owners cannot have their cake and eat it too, by relying on their third party agreements without providing access to the same to the licensees. At the same time, the court does not discount the interests of the SEP owners in hiding certain confidential information for their commercial interest. For this purpose, it allows for them to redact such information and to exclude parties from confidentiality clubs provided all parties agree to the same. In this manner, the court strikes an adequate balance between the interests of the various stakeholders such that all litigants are at an equal footing in putting forth their claims. More important, from a public interest point of view, is the emphasis on transparency by the court. The SEP owners cannot whimsically be permitted to treat certain material as confidential or redact any information from the eyes of licensees or the court. The court secures this aim by providing two safeguards: first, the SEP owner cannot rely on any such redacted document to put forth their injunction claim; and second, the licensee has an equal right to contest such redaction in light of the necessity of such information for fixing FRAND rates.

It is hoped that this decision serves as a guiding light for the development of jurisprudence around the use of confidentiality clubs in SEP infringement cases. Admittedly, however, its application beyond SEP disputes might be slightly limited given that the harms through disclosure of confidential information in areas such as trade secrets might be substantially high to push for exclusion of interested parties who might unduly gain from such confidential information. Nonetheless, despite this scenario, the courts must push for transparency to be the norm and confidentiality an exception, and instead of blindly taking a party’s word for hiding documents from public view they must allow litigants to contest any such attempts of confidentiality that seek to deviate from the principle of open courts. To part, it is interesting to note that despite the extensive reliance by the plaintiff on foreign jurisdictions including the UK to show the commonality of confidentiality clubs, the decision in TQ Delta LLC v. Zyxel Communications UK Ltd was not brought to the court’s attention which allows for exclusion of parties in SEP disputes only in exceptional circumstances.