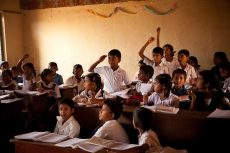 Although education has the potential to be a significant leveller of inequalities, online education because of the pandemic, has brought into stark relief the digital divide and widening socio-economic inequalities in India. Of late, there have been multiple reported cases of suicides by students (see here and here) on account of lack of access to the means of education. Further, only around a quarter of Indian families have access to the internet, according to estimates. This percentage reduces to 15% in rural homes. As usual, the marginalised, rural, and destitute communities have been hit the hardest.

There should therefore be a renewed emphasis on the need to make education, online or offline, more inclusive. Equitable access to learning materials and textbooks for education, both online and offline, constitutes a basic requirement for the realisation of this goal. However, since a long time access to textbooks in India, has been riddled with distribution problems, and the impact of this differential access has only been exacerbated during the pandemic. In this post, I look at the question of the government’s copyright ownership in State Board textbooks, and its implications on access to knowledge and education. 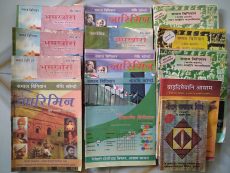 The Government’s involvement in publishing is historically rooted in increasing accessibility of knowledge for the public [pgs 63-68]. The National Council of Educational Research and Training (NCERT) was established by the government in 1961. By the late 1960s, all of India’s states had established their own (state) textbook boards. The NCERT created model textbooks for schools for publication and adoption by state textbook boards. This ushered in a new trend in the country’s publishing business, which had previously been dominated by private publishers.

The government’s role as a publisher can allow it to set affordable prices and distribute widely. This objective to increase accessibility of education has now been constitutionalised as the Right to Education, recognised by the Supreme Court and codified by a constitutional amendment.

The nationalisation of textbooks by State Government Boards, and subsequently by the Central Government via the NCERT illustrate this endeavour. As pointed out by R.R. Diwakar to Bhopinder Singh Man during the Constituent Assembly Debates [(Legislative), 15 December 1949], these initiatives were motivated by social interest goals, and hence, they were reliant on government support, and meant to only recoup costs for printing and distribution for their sustenance.

Rewarding knowledge production and creative effort itself through maximising commercial advantage via exclusive rights are incentives that do not apply to government works whose primary motivation for creation is public dissemination.

As Vishal Rakhecha notes, even commercial re-use of these textbooks (with the adequate pricing regulations to ensure affordability for students) would promote the increased interaction of the public with the educational material. Printed copies, adaptations or publications with new material would only widen the dissemination of these works. If local publishers are not charged hefty royalties or licensing fees, they can make these books available at cheaper prices and reduce their distribution costs. Further, scanning and uploading books on repositories like the Internet Archive which permits optical character recognition, allows for better discoverability via search engines as well as greater access for the visually impaired.

Access to textbooks in India has not improved adequately despite increasing access to the internet and smartphones. As per the Annual State of Education Report (ASER) survey findings in September 2020 (covering 52,227 rural households with school age children in 30 States and Union Territories), around 20% of rural children across the country have no textbooks at home. Smartphone ownership levels among rural households with school going children have doubled to 62% in 2020 from 36% in 2018. However, one-third of children with smartphones and two-thirds of children nationwide did not have access to any learning materials. Interestingly, WhatsApp was the most commonly used mode of sending learning materials to students, with 75% of students who received some input, getting it via the app. This reveals the importance of having easily downloadable textbooks and interactive material on the internet and copyright policies that do not impede their being transmitted to students electronically.

The launch of DIKSHA, the Ministry of Human Resource Development’s (MHRD) ambitious digital learning portal, in Tamil Nadu was upgraded via embedding QR codes in textbooks for Grades 1, 6, and 9 (later expanded to cover all grades, and also replicated in other States). Each QR code is linked to a content module hosted on the DIKSHA platform, which contains a video, animation or a quiz to allow students to grasp particular concepts. These QR code enabled textbooks were reported to have helped students in each of the 45,000+ government schools in Tamil Nadu to access digital content as long as they had access to basic internet and a smartphone. This shows how digitising access to textbooks can improve accessibility. As a result, this was rapidly scaled up across the country, and the MHRD, in a letter in 2020 to the NCERT, asked it to prepare QR code enabled textbooks. Other government initiatives to mitigate device availability and connectivity issues include sharing of videos of classes by instructors over WhatsApp or YouTube so that students can access these at their convenience. After the announcement of the lockdown period in India, commencing March 23, 2020, SWAYAM (study webs of active learning for young ambitious minds), an online learning platform run by the MHRD, has attracted at least 50,000 new subscribers. SWAYAM Prabha DTH channels allow pre-recorded sessions to be aired on television and radio (via All India Radio). SWAYAM’s growth can be attributed to the provision of free access to top learning resources. Previously, SWAYAM classes were time-limited and required advance enrollment. Students, parents, and instructors can now utilise these platforms for free to make the most of the lockdown period. Every day, more than 50,000 individuals watch the videos on SWAYAM Prabha DTH TV channels. The National Digital Library is now being used by almost 43,000 people each day, which is more than double the usual number of users that accessed it before.

Hosting learning materials over online platforms whose videos are available for free may lead to copyright concerns if the material being taught is from a State Board textbook, the licensing of and copyright in which is aggressively protected. More on the applicability of the educational exception under S.52(1)(i) of the Act to online teaching, video recorded classes and digitisation and sharing of textbooks has been covered in detail by this post.

Sharing materials primarily through WhatsApp and YouTube also entails a high level of dependence on private entities for the provision of an essential service, i.e. education subject to the platform’s policies, and thus, may not be desirable even if it has emerged as the most convenient option.

Lastly, even the commercial re-use of these textbook materials in interesting online formats should be free and encouraged, because the use of audio-visual content in documentaries, podcasts, videos, movies etc. by indie creators can permit the publication of more creative educational works even without significant financial capital, increasing overall creativity, accessibility and welfare. This would be particularly helpful because many of the government’s online learning initiatives have been met with a dismal response. 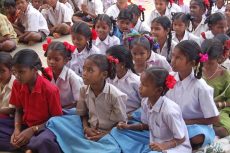 Copyright policies of many state governments restrict the very access that the State Boards publishing textbooks were meant to facilitate. For instance, the Copyright Policy of the Maharashtra State Bureau of Textbook Production and Curriculum Research (Balbharati) prescribes licenses for limited use of its copyrighted material, while prohibiting Authorized Users (publishers, educational institutions, tutors etc.) from making sound/visual recordings of its content for production, distribution, sale or otherwise, unless specifically provided for in the Licensing Agreement. [Section 2.1(vii), Balbharati Copyright Policy]

Further, as per the latest version of this policy, Balbharati decided to charge private publishers (new applicants), INR 17,700 for new registrations, while it is charging existing users INR 11,800 for renewal of registration, as opposed to the earlier registration fee of INR 1000. [Section 2.2(iv) and (v), Balbharati Copyright Policy]

This hike in registration fee had pushed small publishers out of the market, particularly those who published regional language textbooks since Balbharati only publishes books in Marathi and English languages. This had a detrimental impact on not just small-scale regional publishers but also students pursuing their junior college studies in other languages.

Crucially, instead of taking a user rights-based approach, particularly to education, Section 3.4 of the Balbharati Policy prescribes additional responsibilities for teachers and students, which includes limiting photocopying and scanning to legitimate purposes by posting copyright notices near these machines. I have written more about the chilling effect of such a permissions and clearance culture as opposed to a rights-based one in context of the National Digital Library of India’s Copyright Guide here and here.

In contrast to the Balbharati Policy, the Karnataka Department of State Educational Research and Training’s Karnataka Open Educational Resources initiative makes its material available under the CC BY-SA 4.0 license. Though the website does not host many books, the books hosted are available in full unlike NCERT’s National Repository of Open Educational Resources wherein several chapters are missing from the books hosted online. (To see examples of NCERT books uploaded with missing chapters, check the Class 12 Accountancy Book here and the Class 12 Psychology Book here).

The website of the Karnataka Textbook Society provides access to all books used by the Karnataka Secondary Education Board. The Copyright Policy is also considerably more liberal than that of NCERT, since it allows the free reproduction of any material in any format without permission, while requiring attribution, accurate reproduction and prohibiting the usage of content in a misleading or derogatory way in case of re-use of the textbooks.

However, there is no consistency in copyright policies across State Boards. The Boards as owners of ‘government works’ under Sections 2k and 17(dd) of the Copyright Act should conduct a survey of all their works to establish costs of production and revenue. Then keeping their public function in mind, they should ascertain the creative commons license under which they can make their works available. Creative Commons (CC) licenses can make these books available to the public, particularly as e-books on the internet, permitting the re-use and modification of these works for both non-commercial as well as commercial purposes. The CC licensing suite can ensure integrity of educational materials by requiring re-users to ensure attribution and clarify noticeably that their work constitutes a modified version of the licensor’s work.