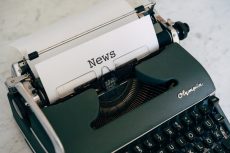 In a welcome move yesterday, the Delhi High Court issued a press release stating that it will create an Intellectual Property Division (hereinafter IPD) in the Delhi High Court. According to today’s roster sheet, the judges that have been nominated for IPD are Justice Suresh Kumar Kait, Justice Jayant Nath, Justice Anu Malhotra, Justice C. Hari Shankar and Justice Sanjeev Narula. (pg 9) The court is in the process of formulating comprehensive rules for this division. As you may recall, back in April, the President had promulgated the Tribunal Reforms (Rationalisation and Conditions of Service) Ordinance 2021. (covered by Praharsh here) Under this Ordinance, IPAB’s powers in respect of pending as well as fresh patents, trademarks, GI and Plant Varieties matters were transferred to the High Courts, while in case of copyright they were transferred to the Commercial Courts.

According to the press release, this ordinance meant that the approximately 3000 pending IPAB cases concerning appeals from IP offices and revocation matters would be transferred to the Delhi High Court. And this was in addition to the already pending infringement matters, writ petitions, appeals from commercial courts etc. before the court. In order to find a way to deal with such a huge number of IP cases, a two-member committee consisting of Justice Prathiba M. Singh and Justice Sanjeev Narula, had been constituted by Justice D.N. Patel. Based on the committee’s recommendations, the IPD has been created. The press release provides that the IPD will also be handling ‘Writ Petitions (Civil), CMM, RFA, FAO relating to Intellectual Property Rights disputes (except those which are required to be dealt with by the Division Bench).’ This move is in line with practices in other countries such as the UK, Japan, Malaysia, Thailand, China etc.

This solution seems to be in line with what had been envisaged by Prof. Basheer more than a decade ago! He had said, ‘Wouldn’t it be better to scrap the IPAB? And to have specialist IP benches at the various High Courts (or least at the High Courts of the leading metros).’ Readers can also have a look at our mega compilation of all the IPAB posts we’ve done in the last decade. In particular, I want to call attention to Prof. Basheer’s and Justice (Retd.) Prabha Sridevan’s posts.

Prof. Basheer had argued in favour of creation of specialized benches in the High Courts and criticized the Commercial Courts Act for being inept at fulfilling this objective. Also, Prof. Basheer had contributed to Prof. De Werra’s lead paper, wherein Prof. Basheer had discussed the situation regarding specialised IP courts in India (the IPAB) and suggested the following solution in his conclusion:

“I lean in favour of a specialised bench within existing High Courts. While the Commercial Courts Act is a step in the right direction, it does not go far enough in terms of creating a robust framework for cultivating specialised expertise. Neither does it ensure that specialised IP judges experience an eclectic range of legal issues that enlarge their vision and pave the way for a more holistic IP jurisprudence that optimally balances private IP rights against the larger public interest.”

Criticising IPAB’s limited jurisdiction, Prof. Basheer proposed that if ‘specialist adjudicators’ are required, then ‘We could formalise existing informal arrangements at select Indian courts, where IP specific benches are formed. As it stands now, the highest volume of patent litigation is spread across courts in 5 cities: New Delhi, Chennai, Mumbai, Kolkata and Gujarat. Therefore, specialist benches could be instituted at each of these courts.

The advantage of this approach is that the specialist benches fall within the overall framework of regular courts, necessitating no amendments to Indian law. However, in order for this to work well, one must devise appropriate eligibility criteria for such judges. Secondly, the judges must be given intensive IP training. Lastly, it must be ensured that these judges sit on the IP bench for a significant period of time, without being made to rotate every 2-3 years.’

Even Justice (Retd.) Prabha Sridevan had suggested an IP bench in the High Courts as a replacement to the IPAB. She observed that ‘The Government can save all the money that is spent on the infrastructure inadequate though it is, and the salary paid to the Chairman, members and staff.’ In another post, arguing for the scrapping of the IPAB, she highlighted the importance of public interest in IP disputes and said that ‘only Constitutional Courts have the jurisdictional space and power to factor that in. I believe that the jurisprudence cannot be based merely on an adversarial mode but must partake of the inquisitorial mode. This ability, a writ court has, but not a tribunal created under an ordinary Act. We have had tax benches in every court and they are given different case numbers (in Madras High Court, it is T.C). So an IP bench will not be a novelty. IP cases can have separate numbers and go on a separate track. The composition of the IP Bench must not be changed too often. There could be a panel of expert advisors for every area of expertise applicable (patents, G.I., plant varieties etc.) from whom the Court can get the expert insight to help them decide the dispute. There could be party experts and Court appointed experts to rule out bias. Time lines can be fixed to ensure quick disposal.’

Adv. Rajiv Choudhry (and regular SpicyIP blogger) had filed a writ petition on behalf of Telecom Equipment Manufacturers Association of India (TEMA) for this in early June and the matter was listed on 4 June 2021 asking for appropriate rules to be framed given the abolition of the IPAB. During the hearing, the counsel for the High Court informed the court that the central government was in the process of appointing officers to the high courts as the IPAB stood dissolved, and the rules were being appropriately framed.

Hopefully, the other High Courts will follow suit and establish IPDs. This will be particularly beneficial for courts that handle a significant volume of IP cases.

Update: It appears an office order has been passed by the Chief Justice of the Delhi High Court with regards to the IPD and is available here. Thanks to Dr. Amit George for sharing it with us.