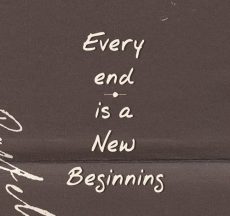 Prashant wrote about how the now scrapped IPAB has always been in the news for mostly the wrong reasons, ranging from a lack of independence to a lack of appointments to poor quality of appointments to illegal appointments to a lack of resources. He situates this within the larger issue of concentration of judicial power in the hands of the few judges staffing a relevant IP tribunal or court and its effect on developing IP jurisprudence. The obvious problem with such concentration of power is that the ideological proclivity of the Chairperson of the IPAB could define all IP jurisprudence emanating from the IPAB for a duration of three years. He discusses the case of former Chairperson Manmohan Singh, who was granted repeated extensions including after the International Association for the Protection of Intellectual Property (AIPPI) appeared before court asking for extension of his tenure. Subsequently, in a first of its kind event relating to a specific judge, Indian Drug Manufacturers Association (IDMA) filed an intervention before the Supreme Court opposing any further extensions to Manmohan Singh. IDMA’s victory in that case was followed by the scrapping of IPAB as a tribunal. Reflecting on the far reaching consequences of this historic course of events, Prashant concludes that a plurality of Indian judges generating diverse judicial opinion that will enrich IP jurisprudence in the best traditions of common law.