We’re pleased to bring to you this guest post by our former and one of the most prolific bloggers, Prashant Reddy. 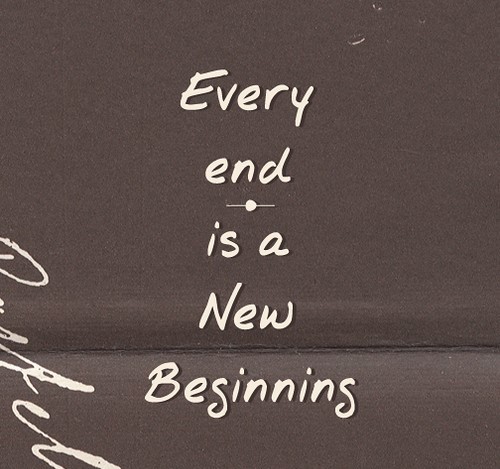 India’s much troubled Intellectual Property Appellate Board (IPAB) was officially buried on August 14, 2021 when the President of India gave his assent to the Tribunals Reforms Act, 2021 enacted by Parliament. With the enactment of this law, the jurisdiction of the IPAB moves back to the High Courts and commercial courts.

There is however one issue which has attracted relatively little discussion in context of the IPAB but is relevant in the context of developing countries trying to setup specialist IP courts/tribunals. This is the issue of concentration of judicial power in the hands of the few judges staffing a relevant IP tribunal or court and its effect on developing IP jurisprudence. In India, when IP litigation was left to the High Courts and District Courts, there was never any concentration of power in the hands of few judges because these cases could be filed in different courts across the country based on jurisdictional issues and even within those courts, a roster system prevented any judge from hearing the same cases through his tenure. This meant different judges hearing IP cases at different points thereby bringing in a diversity of viewpoints and enriching IP jurisprudence. While diversity of viewpoints often means conflicting precedents which take time to resolve through the appeals process, it also means an enriched body of jurisprudence that has drawn on the best strands of thoughts of different judges.

However, with the creation of the IPAB, this diversity of judicial viewpoints ran into trouble because the powers of the tribunal came to be concentrated in mostly one person i.e. the Chairperson of the IPAB who was typically a retired judge of a High Court. The IPAB was always a small body usually having one Chairperson, one judicial member and a few technical members for each of the specialist areas – trademarks, patents, copyright, plant variety. For effective quorum a bench had to have a judicial member (a Chairperson could sit as a judicial member) and a technical member. The Chairpersons, with their power to constitute benches to hear cases and allot cases to benches, had tremendous powers to influence outcomes of all litigation before the IPAB. The obvious problem with such concentration of power is that the ideological proclivity of the Chairperson of the IPAB could define all IP jurisprudence emanating from the IPAB for a duration of three years (i.e. their statutory tenure). There was not a single case, during the IPAB’s existence, where any member on the IPAB disagreed or dissented from the Chairperson’s ruling.

The power of one judge to shape a good portion of IP jurisprudence for more than a billion Indians is a worrying thought. It is possible that this inherent design flaw in the IPAB eventually contributed to its demise. I say this because in the months before the IPAB was given its legislative burial there was a raging litigation before the Supreme Court regarding an ‘extension’ granted to the then Chairperson of the IPAB – Manmohan Singh.

Under the law, the Chairperson of the IPAB had a tenure of 3 years or until they reached the retirement age of 65 years, whichever was earlier. As Manmohan Singh’s tenure was coming to an end, the India chapter of The International Association for the Protection of Intellectual Property (AIPPI) approached the Supreme Court asking it to extend his tenure. In the past, there have been instances of IP bar associations like the Asian Patent Attorney’s Association (APPA) approaching High Courts asking for better facilities for the IPAB or for appointments to be made to the IPAB because of unfilled vacancies. There has however never been a case where a particular group of IP lawyers asked a court to appoint/extend the tenure of a particular judge on the IPAB. That would come across as lobbying for a particular judge.

Technically, the Supreme Court does not have the legal powers to grant extensions but it did invoke its extraordinary powers to grant Manmohan Singh an extension for a year until certain constitutional litigation around a new set of tribunal service rules was decided. The fact that AIPPI was in effect ‘lobbying’ for an extension of Manmohan Singh’s tenure, knowing full well that its members were going to be litigating before him raised eyebrows from the standpoint of professional ethics. I had written about the propriety and ethics of lawyers from AIPPI appearing before a judge who continued in office because of their efforts. But what did happen as a result of the extension being granted to Manmohan Singh, the Indian Drug Manufacturers Association (IDMA) filed an intervention before the Supreme Court opposing any further extensions to Manmohan Singh in his role as the Chairperson of the IPAB.

The IDMA is the primary lobby group for small and medium generic pharmaceutical industry in India. Many of IDMA’s members were involved in patent litigation before the IPAB and it is possible that they lost confidence in Manmohan Singh for two reasons. The first being the demands for his extension on the bench by the AIPPI, which is heavy with the patentee friendly plaintiff bar – the president of its India chapter is one of the main litigators for Big Pharma. As a representative of primarily generic companies, IDMA had every reason to oppose all demands by AIPPI, since it was lawyers from AIPPI who would be appearing from Big Pharma before Manmohan Singh. Secondly, IDMA may have been spooked by certain remarks made by Manmohan Singh in one of his judgments undermining the pre-grant opposition system in India which is very actively used by the generic pharmaceutical industry in India. Big Pharma had lobbied long and hard for abolition of the pre-grant opposition system and almost succeeded in 2005 but Parliament did retain a watered-down version of a pre-grant opposition system which was then streamlined by High Courts through various pronouncements.

From a political perspective, this petition by the IDMA publicly taking on a judge of the IPAB was simply stunning because never before in the history of India has an industry lobby publicly and vociferously opposed the appointment/continuation of a judge in office, especially when the judge in question had the power to hear litigation involving several of its members. But given the design of the IPAB and the overwhelming power in the hands of the Chairperson, in this case Manmohan Singh, the IDMA did not have much of a choice in the matter.

The IDMA is a powerful voice in the Indian IP ecosystem. It prefers to operate in the shadows of policy making, like most lobby groups in India. For the IDMA to come out in public for a slugging match in the Supreme Court over the appointment of a single judge must have had far reaching reverberations in the corridors of power in New Delhi and in all likelihood, paved the way to abolish the IPAB. Last year, the government in response to a petition filed by me, along with Rahul Bajaj, had already indicated it was open to the idea of doing away with the IPAB. The IDMA litigation likely sealed that decision.

With the caseload of the IPAB being distributed across High Courts, I am confident that we will witness a plurality of Indian judges generating diverse judicial opinion that will enrich IP jurisprudence in the best traditions of common law.