We’re pleased to bring you a guest post with an update on the Covid-19 TRIPS waiver proposal, from Sreenath Namboodiri. You can read the previous posts we’ve had on the TRIPS Waiver here. Sreenath is Assistant Professor at School of Law, Christ (Deemed to be University) Delhi NCR. His research focuses on intellectual property rights in relation to health systems, sustainable development and innovation, pharmaceutical patents, knowledge governance, and technology and law. Since 2013, he has been an honorary fellow of the Centre for Economy, Development, and Law. The views expressed in the article are personal.

TRIPS Waiver: Is There Anything To Gain? 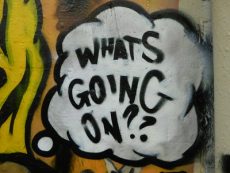 Image by duncan c from here

On 13th May, 2022, while addressing the 2nd global COVID-19 virtual summit, Prime Minister Narendra Modi emphasised the need for TRIPS to be made more flexible for a resilient supply of vaccines. The statement came as a fresh breath after the leaking of the quad TRIPS waiver text that was heavily compromised in scope, from the initial waiver proposal of India-South Africa. The quad text stirred strong criticism among the civil society and public at large but it was met with a measured silence from India (see a detailed analysis of quad text here). However, it seems the PM’s words have not been translated into action. The latest version of the negotiating text shows that the entire framework is based on an earlier EU proposal from 2021 (See IP/C/W/680 and WT/GC/231) and offers nothing new beyond what is currently existing in the TRIPS Agreement.

The text-based negotiations were initiated on 17th May based on the WTO Director General’s (DG’s) text, which came out of the WTO Secretariat facilitated negotiations among the USA, EU, South Africa and India, known as quad process. Since none of the quad participants, especially USA, South Africa and India, came forward to sponsor the text, the outcome document was presented by DG on 3rd of May. The expectation was that India and South Africa would propose changes to the DG’s text to improve it and make it access friendly. However, the leaked texts of 5th of June shows that neither India nor South Africa stepped up to the plate. The quad process, in other words has made India and South Africa complaisant to the DG’s position and is holding back from proposing textual suggestions to it.

It is important to note that the DG’s text is heavily tilted in favour of the EU and, to an extent, parrots EU’s counter proposal to waiver. I.e., the DG’s text also moots for a limited waiver of rights conferred to patent holders and that too limited to vaccines. And any extra measure to mitigate the crisis is only through compulsory license that too with added administrative baggage (See para 3 & 5 of the text). It seems that India and South Africa, by deciding to involve themselves in the secret quad process, have committed one of the biggest strategic mistakes. It is important for us to remember quad is an informal limited negotiation forum set up among the major contenders (India, South Africa, EU and US) in TRIPS waiver negotiation. It is quite an opaque process with limited visibility on what were the deals cut in ultimately reaching a compromise. In other words, the trade ministers of India and South Africa might have already agreed to the DG’s text and abdicated the responsibility of improving the text. As a result, the improvement of the text can now happen only through the intervention of other developing country WTO Members.

The DG’s text was more of a reflection of the EU’s proposal- an extension of flexibilities, particularly Article 31, with added administrative cobwebs. The language has constricted further; while Para 1 of the DG’s text supported waiver for both production and supply of COVID19 vaccine, the working document of negotiation, as per the collected proposals on 25th May text (leaked negotiating text, on file with the author), reflects limiting the scope of waiver to only production purposes. The negotiations seem to drift the waiver further away from the original India-South Africa proposal and is now only applicable in the case of issuance of compulsory license (CL) predominantly or exclusively for export purposes. The domestic use of CL will continue to be governed under Article 31 of the TRIPS Agreement and its associated flexibilities. However, the waiver of Article 31 (f) is not unconditional. As stated below these conditions go beyond the existing TRIPS Obligations and are therefore TRIPS plus. For instance, para 3(d) of the DG’s text puts responsibility on member countries to take measures against the exportation of vaccines imported under the decision and also to ‘ensure availability of legal means to prevent importation, and sale in their territories’. These TRIPS plus provisions have stayed unchanged despite objections from developing countries. The conditions are without factoring in the administrative capacity of the country. The utility of the provision is also questionable given the gravity of the pandemic, as it will block the movement of vaccines. In cases where there is a delay in distribution within their domestic market, the vaccines may either be wasted due to limited shelf life or put added costs due to its costly upkeep. In July 2021, 450000 vials of vaccines were lost due to shipping delays in African countries. The case is not only in LMIC, developed countries like Australia has reported upto 7 million close vial wastage in October 2021, UK 600000 in November (for further details see here)

Para 5 of the text imposes new “communication” requirements which includes name and address of the authorized entity, products for which the authorization is granted and the duration, quantities and the countries to which it is authorised to. In other words, it is procedurally as weighty as Article 31bis; and the success of Article 31bis is out in the open – that is to say, it’s been a failure.

Another important worry is the use of the word “necessary” in two parts of the text. This brings the necessity test requirement for the implementation of the decision. In other words, the necessary test creates an obligation of burden of proof on the countries that are using the decision. Many developing countries may find it difficult, or may not be in a position to undergo the administrative burden required to prove this ‘necessity’ and therefore may decide to not use this. The only reprise in the access front is the deletion of Paragraph 3(a) of DG’s text, which had included an administrative requirement of listing all the patents and curbing the prospect of any subject or area wise exemption.

With each new version of the text worsening, a skeptic might even raise the question if the countries are serious about waiver anymore. This failure is indeed a failure of India and shows lack of diplomatic capabilities and the dearth of political will. If India and South Africa continue the measured silence, we shall end up with a document that adds cumbersome procedure to the existing flexibilities- a waiver which is limited in scope, filled with redundant language, simply confusing and contradicting the already existing policy spaces for access. India needs to pull its act together and lead an active participation in the text negotiation process by putting the weight of 64 sponsoring countries; and that is the only way forward.