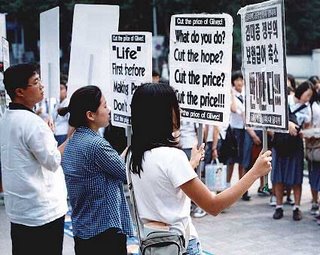 In a rather predictable move, Novartis has challenged the contentious Section 3(d) introduced via the 2005 Amendments to India’s Patent Act.

This unique section that finds no parallel anywhere else in the world provides in pertinent part that ‘the mere discovery of a new form of a known substance which does not result in the enhancement of the known efficacy of that substance’ is not patentable. It then states (via an explanation to the section) that salts, esters, esthers, polymorphs, metabolites etc shall be considered as the ‘same substance’, unless they ‘differ significantly in properties with regard to efficacy’.

“Novartis AG on Wednesday said that it has filed a petition in the Madras High Court seeking a stay on the Asst Controller of Patents and Designs’ order of January 25, 2006 invalidating its patent application for the beta crystalline form of Glivec (imatinib mesylate).

Novartis has also asked the court to declare section 3(d) of the Patents Amendment Act 15 of 2005 unconstitutional and in breach of India’s obligation under the TRIPS agreement. Ranjit Shahani, vice chairman & managing director, Novartis India, said in a statement, “India needs to address some contentious issues before the patent law is fully aligned with TRIPs. We are strongly committed to defending international intellectual property rights for our most innovative medicines and ensuring that research to find new therapies for unmet medical needs continues.”

Although section 3(d) is badly worded and appears to be lifted from a European Drug Regulatory Directive, it amounts, in effect, to a heightened ‘inventive step’ or ‘non obviousness’ standard in the context of chemical/pharmaceutical substances. TRIPS only states that member states are to grant patents to all inventions that are “new”, “non obvious or inventive” and “have industrial utility”. It does not define any of these terms, leaving it upto the member states to do so. Therefore, it is perfectly acceptable for India to require a high level of inventiveness in so far as pharmaceutical/chemical substances are concerned. I personally think the TRIPS challenge is bound to fail. It is also not clear if an Indian court can strike down a provision as not being compatible with an international TREATY such as TRIPS. Lets wait and watch–this is one saga that will continue to occupy the “patent–public health-TRIPS–developing country” debate for a long time to come!!