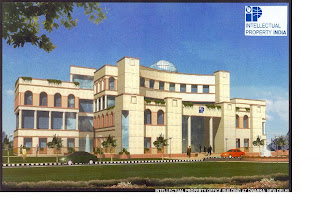 Lawyer’s Collective, the leading public interest service provider in India that represents patient groups in the Novartis case does a great job of keeping us updated on what’s going on in court. Their latest email on the “commons law” email listserv talks about a potential shift of the Novartis proceedings from the High Court to the IPAB (Intellectual Property Appellate Board).

The Indian Government issued a notification yesterday declaring that the provision in the Patents (Amendment) Act (section 117G), that provides that all pending appeals in the High Court shall be transferred to the Appellate Board set up under the Act, shall be made effective as of 2 April 2007.

The text of section 117G states:

“All cases of appeals against any order or decision of the Controller and all cases pertaining to revocation of patent other than on a counter-claim in a suit for infringement and rectification of register pending before any High Court, shall be transferred to the Appellate Board from such date as may be notified by the Central Government in the Official Gazette and the Appellate Board may proceed with the matter either de novo or from the stage it was so transferred.”

The Additional Solicitor General, VT Gopalan, brought this notification to the Court’s attention, claiming that the Court was thereby divested of jurisdiction over the Patent Controller’s Order.

Shanti Bhushan, however, took the position that under the plain language of section 117G, the transfer of all pending cases to the Appellate Board was not self-executing, and required a further notification from the Central Government, after section 117G came into effect, to transfer all pending cases.

Due to the uncertainty in the exact operation of the Government’s notification, the Court asked Gopalan to seek instruction from the Government as to how it wants to proceed.

The matter will resume tomorrow on this issue.”

The IPAB was established with the primary purpose of providing a specialized appellate forum to expeditiously adjudicate upon appeals from the orders or decisions passed by the Registrar of Trademarks and Geographical Indications as well as the Controller of Patents. Earlier, such appeals were made to the High Courts. However, it is to be noted that appeals from infringement proceedings are solely under the High Court’s jurisdiction and that the IPAB has no statutory power to try infringement proceedings. The IPAB became functional from 15 September, 2003. Till lately, it had been very active in matters of Trade Marks but not patents, since a “technical” member had not yet been appointed to the Board. Mr S. Chandrasekharan, who had been the Controller of the Patent Office, till recently, is now taking over as the technical member.

There is no provision in the concerned statute for any further appeals from the decision of the IPAB. However, as per decisions of the Supreme Court of India, this would not prevent an aggrieved party from seeking a writ remedy in the appropriate High Court.

I left IP practice/litigation in India prior to the establishment of the IPAB and so have no direct experience of it’s functioning. Colleagues that practice before it are however sceptical of this relatively new body and claim that its jurisprudence in trademark matters leaves much to be desired.

I’m trying to collect some data on the IPAB, including statistics on the number of decisions overturned by the High Court etc. And till I see some figures and collect more data, I’d be hesitant to comment on the “efficacy” of the IPAB.

Perhaps the addition of Mr S Chandrasekharan as a technical member to the IPAB may change things at the IPAB and it is quite possible that it will begin to render some sensible decisions.

However, in this climate of uncertainty, it may make better sense to have the Chennai High Court continue with the Novartis case—as this is too important and too sensitive a matter to leave in the hands of the IPAB, particularly when its “patent” section has begun functioning only now.

Also, in the light of the fact that an IPAB order can be appealed to the High Court, we may just end up with more delayed litigation. It makes better sense to have the matter decided by the Chennai High Court at this stage (without it having to come back to the High Court after the IPAB takes a shot at it). Since the stakes are high, one is fairly certain that this is one matter that will make it to the Supreme Court of India.