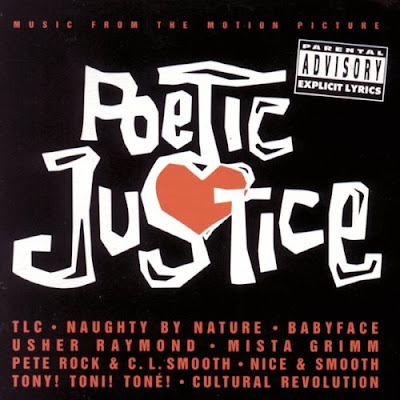 Sumathi blogged extensively and eruditely on the Laawaris controversy. The appellate judgment (albeit an interim one) by Justice Shah and Justice Sengupta of the Kolkata High Court is out now and Shayonee will bring you a detailed post on this soon.
In the meantime, here is an interesting issue. Kalyanji Anandji’s lawyers claim as below:

It is easy to see that the Kalyanji Anandji duo are indeed the”authors” of the musical compositions. But does this necessarily make them the copyright owners in respect of such compositions? (Note that there is a distinction between copyright ownership and copyright authorship, as Nikhil Krishnamurthy aptly points out in his very thoughtful post here).

Not so, said the Supreme Court (Justice Jaswant Singh and Justice Krishna Iyer) in a landmark 1977 judgment (IPRS vs Eastern India Motion Pictures). The Supremes, in a conceptually flawed, albeit flowery judgment, held that under section 17(b), the ownership of all underlying words that were incorporated into a movie vest with the film producer (the commissioner of the work), unless a contract provided otherwise.

In other words, what might have been a logically and legally obvious proposition to many of us (that copyright continues vesting in favour of authors of underlying works, unless a contract provides otherwise) was flipped around by the Learned judges.

Be that as it may, the opponents in the Lawaris case claim that Kalyanji Anandji were employees of the producer, Prakash Mehra (under a contract of service) and therefore any musical work created by them belonged to Prakash Mehra. If this contractual relationship is proved true (and I doubt it will), the argument that Mehra owns the musical compositions as well will indeed be a valid one. For our copyright act provides in section 17(1)(c), that any work created under a contract of service will belong to the employer.

The appellate court in Laawaris did not make any ruling on this count at this stage, preferring to leave it to more detailed hearings to come up in July.

All of this throws up a larger issue:

A number of early commissions, where music composers were asked to compose music for films were not done through proper written contracts or through agreements that would have helped establish a “contract of service”. Would this mean that music composers could have stopped the screening of movies (despite being commissioned to create the music for the movie), since the Indian copyright act does not provide for implied licenses in favour of such screening?

And while you ponder this issue, let me leave you with some musings from the ever verse-atile Justice Krishna Iyer, who despite a conceptually flawed judgment, manages to advocate for a separate copyright in favour of Bollywood singers in rather flowery language. A judge who epitomises poetic justice, one might say!

“A cinematograph is a felicitous blend, a beautiful totality, a constellation of stars, if I may use these lovely imageries to drive home my point, slurring over the rule against mixed metaphor. Cinema is more than long strips of celluloid, more than miracles in photography, more than song, dance and dialogue and indeed, more than dramatic story, exciting plot, gripping situations and marvellous acting.

….In ‘a cosmic perspective, a thing of beauty has no boundary and is humanity’s property, but in the materialist plane on which artists thrive, private and exclusive estate in art subsists. Man, the noblest work of the Infinite Artist, strangely enough, battles for the finite products of his art and the secular law, operating on the temporal level, guarding material works possessing spiritual values. The enigmatic smile of Mona Lisa is the timeless heritage of mankind but till liberated by the prescribed passage of time, the private copyright of the human maker says, ‘hands off’.

The creative intelligence of man is displayed in multiform ways of aesthetic expression, but it often happens that economic systems so operate that the priceless divinity which we call artistic or literary creativity in man is exploited and masters, whose works are invaluable, are victims of piffling payments.

….copyrighted music is not the soulful tune, the superb singing, the glorious voice or the wonderful rendering. It is the melody or harmony reduced to print, writing or graphic form. The Indian music lovers throng to listen and be enthralled or enchanted by the nada brahma, the sweet concord of sounds, the rags, the bhava, the lava and the sublime or exciting singing.

Printed music is not the glamour or glory of it, by and large, although the content of the poem or the lyric or the song does have appeal. Strangely enough, ‘author’, as defined in s.2(d), in relation to a musical work, is only the composer and s. 16 confines ‘copyright’ to those works which are recognised by the Act. This means that the composer alone has copyright in a musical work. The singer has none. This disentitlement of the musician or group of musical artists to copyright is un-Indian, because the major attraction which lends monetary value to a musical performance is not the music maker, so much as the musician. Perhaps, both deserve to be recognised by the copyright law.”