In what must be a first for Copyright Law in India, film producers across the country have announced a one day strike, on the 6th of January, 2011, during which they shall carry out protest marches in New Delhi against the proposed amendments, to the Copyright Act, 1957, which not only promise greater royalties to composers and lyricists but also bar assignments of copyrights to producers. In addition to the strike, the Film Federation of India, the mother body of all film associations, has banned its members from working with noted lyricist Javed Akhtar. 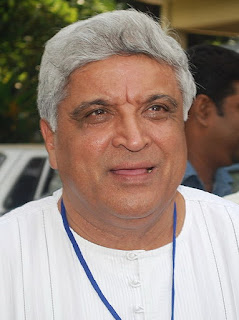 Javed Akhtar, one of the most sought after lyricists in Bollywood, is widely credited as the one man lobby pushing for the amendments, to the Copyright Act, which aim at correcting some rather inequitable historical anomalies. An interview with Mr. Akhtar is available here on the CNN-IBN website as also the DNA website. An editorial from the Indian Express supporting the amendments is also available here. Image from here.
There are already rumblings on constitutionality of the proposed amendments especially the bar on assignments. Lawyers for the producers claim that the amendments violate the freedom to contract under Article 19(1)(g) of the Constitution. Apart from the fundamental right arguments there is also the Article 300A, property right argument which requires Parliamentary legislation to conform to a reasonable standard while regulating property rights. However this is a constitutional right and not a fundamental right. Nevertheless the State will have to establish an overwhelming reason to justify a complete bar on assignments of copyright. It is one thing to regulate royalties but it is a completely different game when barring assignments of any sort. To draw a crude analogy to tangible property, it is reasonable for Parliament to regulate rents payable by a tenant for the use of a house but it is a completely different proposition for Parliament to state that the owner of the house cannot sell it.
Presuming that these amendments get through we still have to ask ourselves how they will play out in reality. It is all well to have statutes prescribing strong rights for lyricists and composers but will these same people be able to enforce their rights before the Copyright Board or the District Courts? If India’s experience with social justice legislations, such as minimum wage legislations, is anything to go by it is but obvious that well-meaning legislations such as the one under discussion need to be complemented by a strong collective bargaining power. Unfortunately the entertainment sector in India seems to lack a tradition of collective bargaining. Contrast this with the strong unions in the U.S. and Europe. For example the famous ‘Writers Strike’ in 2007-2008 carried on for more than 4 months by the Writers Guild which consists of script writers etc. for Hollywood. The strike caused major losses and drove the industry to a stand-still but at the end of it the Writers Guild did manage to win substantial benefits for its members. Even in countries like France and Germany, the key to justice, has been the strong collective bargaining tradition by artists and performers who provide their members the means to negotiate equitable contracts.
The lyricists and composers in India will therefore need to organize themselves to protect themselves. Javed Akhtar may have pulled of a miracle by getting the present amendments through but let’s face it, there is only so much one man can do.