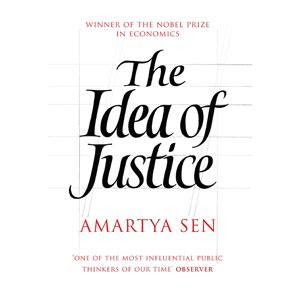 A Parliamentary Standing Committee recommendation that music composers and lyricists are to get an equal share of all revenues that flow from the commercialisation of film music has stirred a hornet’s nest.
Bollywood producers are now threatening to strike against this provision and apprehend that if this provision converts to law, they will be forced to shut down! As we debate the pros and cons of this historical provision, we need to ask ourselves a fundamental question. What is the “law” really about? Isn’t it about fairness? About justice?

In the “Idea of Justice”, a book slated to become a classic, Amartya Sen acknowledges the futility of searching for a perfectly just world. However, he argues that, as human beings, we are often moved to remedy immediate injustices wherever we find them. I quote:

“In the little world in which children have their existence, says Pip in Charles Dickens’s Great Expectations, “there is nothing so finely perceived and finely felt, as injustice.”

I expect Pip was right….but the strong perception of manifest injustice applies to adult human beings as well. What moves us, reasonably enough, is not the realisation that the world falls short of being completely just–which few of us expect–but that there are clear remediable injustices around us which we want to eliminate.

It is fair to assume that the Parisians would not have stormed the Bastille, Gandhi would not have challenged the empire on which the sun used not to set, Martin Luther King would not have fought white supremacy in the “land of the free and the home of the brave”, without their sense of manifest injustices that could be overcome. They were not trying to achieve a perfectly just world, but they did want to remove clear injustices to the extent that they could.”

Bollywood is one clear instance where there is “injustice” writ large ..where the creative wares of many an artist are whisked away for a one time lump-sum pittance, while the producer who merely packages and markets the wares walks away with the lion’s share of the proceeds. Unfortunately, in this fine world of free will that we live in, producers never thought it fit (for the most part) to share the benefits of the booty with those whose creative juices helped fill their coffers. So much for the freedom of contract!

I document some instances and even a contractual clause to this effect in an editorial piece that I wrote for the Indian Express sometime back. For more legally nuanced arguments on this issue and our recommendations in this regard, see our submissions to the Standing Committee. Tellingly, even Mukesh Bhatt, a film producer and executive VP of the Film Producers’ Guild admitted in a recent CNN-IBN interview that composers: lyricists were never treated “fairly” in Bollywood.

Copyright is about creativity..indeed, it aims to foster the creativity of the content creator, and not line up the pockets of the funder/packager at the cost of the content creator. To my mind, even a 50% split seems unduly skewed in favour of someone who merely pumps in the moolah. However, the standing committee decided, in its infinite wisdom, that if film music were to be exploited in any other form other than as part of the “film”, the proceeds of such exploitation were to be split equally between the lyricist, music composer and the film producer. In other words, a 50:50 split of the profits between the content creator and the content funder/packager. Seems like more than a fair provision to me. In fact, similar provisions ought to be transposed to other contexts such as book publishing, where authors are often at the receiving end of a paltry single digit royalty sharing percentage!

Bollywood producers wail that such a provision will lead to bankruptcy and a closure of the industry. A quick look at European countries such as Germany where similar provisions in favour of artists have lasted several years without necessarily throwing producers into penury should serve to assuage their concerns.

However, this issue is not just about logic and fairness. It is also about status quo…and an industry that has got away with too much..too easily…and is now thoroughly rattled and unsettled that a party (read “Javed Akthar”) with considerably weaker muscle and money power got the better of it and managed to appeal to an innate sense of fairness that lurked beneath an otherwise impervious exterior of our government and Parliament. A clear moral victory, as one might say! And one that reveals that in a country obsessed with “fair and lovely”, the concept of fairness is not merely skin-deep.

ps: On a related note, it bears mention that this one man crusade by Javed Akhthar against an entire industry could not have been successful, but for the excellent counsel of two outstanding IP lawyers, Ameet Datta of Luthra and Luthra and Sai Krishna Rajagopal of Sai Krishna Associates. And the unflinching efforts of some good hearted government officials and Parliamentarians who saw this as the right moment to revolutionise Indian copyright law for the better.