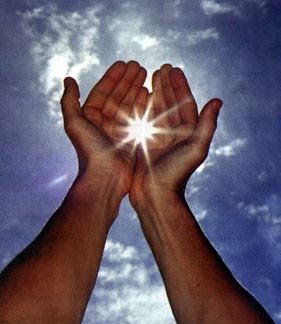 Many of us wait with baited breath as the latest set of copyright amendments are slated to be discussed the following week in both the Rajya Sabha and the Lok Sabha. Given that this monsoon session ends by the 8th of this month, it is doubtful if the bill will clear this session. Most expect it to be passed over to the next winter session in November.


The bill was initially scheduled to come up last week but was drowned out…first by the Medical Council bill, that took a good 4 hours of discussion. And later by a political agitation by the BJP, the main opposition party over the conduct of the Gujarat governor in relation to the appointment of the Lokayukta chairman. If you wish to follow the discussion on the Bill in Parliament tomorrow (assuming it comes up tomorrow), click here.

The earlier provision relating to disability access introduced by the government in the Copyright Amendment Bill was severely flawed, as it restricted the copyright exemption only to “special” formats such as Braille. Thankfully the government has now widened the scope of the exemption and removed the special format limitation. This makes our section one of the most progressive in the world and will be of great help to differently-abled people who have thus far been at the receiving end of a “book drought”!

India has again proved that it can be trend setter in the IP policy space. Section 52(1)(zb) now permits the conversion of a copyrighted work to any accessible format, so long as the converter operates on a non profit basis and ensures that such formats are only accessed by those with disabilities and do not flow into the regular mainstream market. In case the activity is done for profit, the concerned person needs to apply for a compulsory license in section 31(B).

I reproduce the two important provisions in this regard for those interested.

“the adaptation, reproduction, issue of copies or communication to the public of any work in any accessible format, by-

(ii) any organisation working for the benefit of the persons with disabilities in case the normal format prevents the enjoyment of such works by such persons:

Provided that the copies of the works in such accessible format are made available to the persons with disabilities on a nonprofit basis but to recover only the cost of production: Provided further that the organisation shall ensure that the copies of works in such accessible format are used by persons with disabilities and takes reasonable steps to prevent its entry into ordinary channels of business.

Explanation.- For the purposes of the sub-clause, “any organisation” includes an organization registered under section 12A of the Income Tax Act, 1961 and working for the benefit of persons with disability or recognized under Chapter X of the Persons with Disabilities (Equal Opportunities Protection of Rights and Full Participation) Act, 1995 or receiving grants from the Government for facilitating access to persons with disabilities or an educational institution or library or archives recognized by the Government.”

2. Section 31(B) deals with compulsory licenses for “for profit” conversion and distribution:

“31B.(1) Any person working for the benefit of persons with disability on a profit basis or for business may apply to the Copyright Board, in such form and manner and accompanied by such fee as may be prescribed, for a compulsory licence to publish any work in which copyright subsists for the benefit of such persons, in a case to which clause (zb) of sub-section (1) of section 52 does not apply and the Copyright Board shall dispose of such application as expeditiously as possible and endeavour shall be made to dispose of such application within a period of two months from the date of receipt of the application.

(2) The Copyright Board may, on receipt of an application under sub-section (1), inquire, or direct such inquiry as it considers necessary to establish the credentials of the applicant and satisfy itself that the application has been made in good faith.

(3) If the Copyright Board is satisfied, after giving to the owners of rights in the work a reasonable opportunity of being heard and after holding such inquiry as it may deem necessary, that a compulsory licence needs to be issued to make the work available to the disabled, it may direct the Registrar of Copyrights to grant to the applicant such a licence to publish the work.

If these provisions convert to law, the HRD ministry will be credited with one of the most progressive provisions ever known to copyright law.