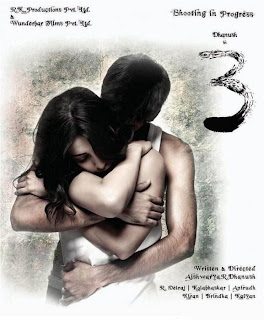 In an order dated the 29th of March, 2012 Justice Vasuki passed the first-ever ‘John Doe’ order in the history of the Madras High Court. This order was passed in the case of R. K. Production (producers of ‘3’) v. B.S.N.L & 14 other ISP and several yet to be named ‘John Does’ or ‘Ashok Kumars’. The Plaintiffs in the present case were represented by Mr. A.A.Mohan, a leading IP practitioner before the Madras High Court. The order can be downloaded over here.
A ‘John Doe’ order is basically a simple ex-parte interim injunction with the added benefit that the Plaintiff is given liberty to add to the array of parties, infringers who have been identified after the filing of the suit. These orders are an exception the general rule which requires the defendant to be identified prior to the filing of a law-suit. The ex-parte interim injunction then applies against even the later defendants. In the original version the ‘John Doe’ order was usually combined with an ‘Anton Piller’ order which used to allow for the seizure of any infringing material. The concept of the ‘John Doe’ order evolved in a setting where it was necessary to operate quickly against ‘fly-by-night’ operators who did not operate out of a fixed location.
This order of the Madras High Court is the latest in a series of orders by High Courts across the country targeting ISPs in cases of copyright infringement of either music or movies.
The facts of the case are simple, the Plaintiffs are the producers and copyright owners of the Tamil film ‘3’ which also by the way features the super-hit number ‘Kolaveri-Di’. The movie is releasing today i.e. March 30th and is expected to be quite the super-hit. The Plaintiffs apprehending large-scale piracy of the movie over the internet, filed a qua-timet action before the Madras High Court seeking ex-parte interim injunctions against 15 Internet Service Providers (ISPs) and several un-named ‘John-Does’ who can be identified as parties to the suit at a later stage as and when their infringing activities are picked up by the Plaintiffs. The ISPs are required to prevent the copyright infringement of the film which means that they are supposed to actively police their users and ensure that nobody is accessing or sharing copies of the movie ‘3’ over their networks. The Delhi High Court has granted similar orders to Reliance Entertainment prior to the release of ‘Singham’. Swaraj had done an interesting post on how the Delhi High Court order wrecked total havoc amongst Indian internet users.
In the present case, the order of the Madras High Court is quite broad and although it is targeted primarily at ISPs, it also prohibits the infringement of copyright through different mediums such as CDs, DVDs, VCDs, Cable-TV, pen-drives etc. The order can apply to virtually any kind of pirate who after being named in the suit, will also have to deal with the danger of being ‘labelled’ a goonda and packed off to prison under Tamil Nadu’s preventive detention laws. Personally, I’m, very sceptical about the efficacy of these orders against ISPs.
Regardless, the fact of this judgment and its publication in newspapers across the country will serve to put some fear into the minds of possible video pirates. We must however not forget the larger debate on the liability of intermediaries in such cases. Amlan’s done some interesting posts on this point.