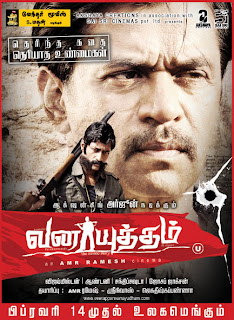 Tamil Nadu has always had a passion for movies and it should come as no surprise that movies are often the centrepiece of controversies in this ‘Republic of the Outraged’. The latest is the case of Akshaya Creations & Anr. v. Muthulakshmi before the Madras High Court which is a cocktail of two very interesting areas of law: the right to free speech and the right to privacy, which is in a way related to publicity rights of celebrities and is therefore an IP issue.
As will be explained in this post, the intersection of these two areas of law has important ramifications for unauthorized biographies or biopics of public personalities. We hardly have any precedents on this point and hence it was interesting to read this very well-reasoned judgment by Justice R.S. Ramanathan of the Madras High Court, in this case filed by Veerappan’s widow – Muthu Lakshmi. For those of you unaware about Veerappan, he was one of India’s most infamous bandit/sandalwood-smuggler/elephant-killer/abducter-of-famous-film-stars. This is not the first time the Madras High Court has been faced with the very same issue. In an earlier case, filed by Veerappan’s widow, to restrain a T.V. serial from being broadcast because it was based on the life of her husband and her family, the Madras High Court did allow the T.V. serial to go ahead but with directions that it should be based only on information available in the public domain and not private information.
The movie at issue, titled “Vana Udham”, directed and produced by A.M.R. Ramesh, is based on the life, exploits and death of Veerappan. He was killed in 2004 after evading the joint police forces of Tamil Nadu and Karnataka for several decades in the forests of Tamil Nadu and Karnataka. The director of “Vana Udham” claimed to have researched for this movie over a period of several years and compiled all his information from publicly available sources like police reports & F.I.Rs.
This present lawsuit was filed by Veerappan’s widow – Muthu Lakshmi before the Court of the Asst. City Civil Judge, Madras on the grounds that the movie would violate the privacy rights of her family, dead husband and daughter included. The trial court granted an interim injunction and there was an appeal to the City Civil Judge before a revision petition was filed with the Madras High Court.
In a concise and clear judgment, Justice Ramanathan ruled in favour of the movie director and allowed for the release of the movie. In pertinent part the Madras High Court placed reliance on the following three precedents, which had interpreted privacy rights:
(i) R.Rajagopal & Anr. v. the State of T.N. (1994) 6 SCC 632: This was a case involving the infamous ‘Auto-Shankar’, not to be confused with the movie having the same name. ‘Auto-Shankar’ was probably the first serial killer to have achieved infamy in the Indian media. He was found guilty and hanged till death in Salem Central Jail in the mid-nineties. How did this become a privacy case? Well, like all good serial killers, ‘Auto Shankar’ was keen to publish a tell-all autobiography which was going to detail his relationship with police officials and bureaucrats, some of whom were apparently present at this house-warming ceremony. The State of Tamil Nadu tried to ban the publication of the autobiography in a weekly magazine, whose editor moved the Supreme Court. In its judgment, the Supreme Court made it very clear that although every citizen had right to privacy under Article 21 of the Constitution, any information based on public records could be published by the press. The Court also makes it clear that the State and its officials did not have any privacy rights.
(ii) R.Rajagopal & Anr. v. Jayalalitha & Sasikala (2006) 2 CTC 353: This was a case filed by the same newspaper editor, who had fought the Auto-Shankar case against Tamil Nadu in the Supreme Court. This time around, his newspaper was dishing out dirt on Jayalalitha’s personal life and in an excellent judgment Justice A.P. Shah allowed the editor to keep doing so provided he made reasonable efforts to verify the facts with Jayalalitha before publishing it. The Court had held that public personalities cannot expect the same degree of privacy as ordinary people.
(iii) C.B.F.C. v. Yadavalaya Films 2007 (1) CTC 1: This was another excellent judgment by Justice A.P. Shah, where he set aside the objections of the Censor Board to the release of a movie depicting the assassination of Rajiv Gandhi.
Relying on these three precedents, Justice Ramanathan applies the three-factor test for deciding interim injunctions to allow for the release of the movie. The petitioner himself agreed to delete the marriage scenes between Veerappan and his wife. In pertinent part, the Court concludes:
“Therefore, having regard to the law laid down by the Hon’ble Supreme Court in the aforesaid judgment, and having regard to the undertaking given by the learned Senior Counsel for the revision petitioners, that the revision petitioners would delete those scenes, as stated above, I am of the opinion that the right of privacy of the first respondent is in no way affected and there is no right of privacy available to the first respondent, as the Film is taken on the basis of the Police records and the first respondent has no cause of action, restraining the revision petitioners from exhibiting, exploiting the said Film.”
After this order of the Madras High Court, Veerappan’s widow filed an appeal before the Supreme Court and I’m not quite sure what happened over there because I can’t find the order but according to some reports the Supreme Court asked the parties to compromise after which the producer agreed to pay the widow Rs. 25 lakhs as settlement. I’m not sure why the Supreme Court would do something like this especially when the Madras High Court’s decision was crystal clear on the law. Notwithstanding the final outcome at the Supreme Court, the judgment of the Madras High Court is an important precedent for the producers of unauthorized biopics or for that matter unauthorized autobiographies.