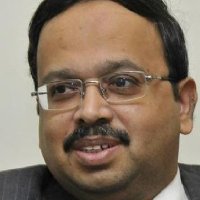 We are pleased to bring to you an insightful guest post by Dr. Balakrishna Pisupati on the interpretational and other issues in respect of India’s Biological Diversity Act and Rules.

Protecting India’s Biodiversity: Are we all Criminals?

India has a unique law that is not known to a majority of us. Unfortunately, a technically strict and mindless interpretation of it results in several of us being labelled as “violators”. Worse still, this law makes most violations a cognizable and non-bailable offence. It is the Biological Diversity Act (2002) and associated Rules (2004) that I am talking about.

A couple of weeks ago, the conservation community woke up to a paper in the journal Science, where more than 170 scientists lamented how a supposedly progressive international regime, the Convention on Biological Diversity or CBD in short, has become the ‘the cure that is killing’ biodiversity conservation.

This analytical piece comes in on the eve of 25 years of adoption of the Convention; even as countries have met in Montreal last week to discuss ways and means of saving the world’s natural wealth and sharing the resources. The key problem with the CBD, as per the authors, is the provisions related to access to genetic resources and benefit sharing.

India as a front-runner

The Indian government decided in 1993 that India should walk the talk in effectively implementing the CBD at the national level and agreed to develop a national legal framework to realise the objectives of CBD, namely conservation, sustainable use and sharing of benefits of such use equitably. And thus was sparked the trigger for the Biological Diversity Act.

Lengthy discussions, difficult negotiations with civil society and careful assessment of India’s priorities to secure its biological resources and associated knowledge in the 1990s resulted in the legislation being passed in the Parliament a full decade latter in 2002.

To some extent, India started the exercise with no previous experience of dealing with one specific issue – how to safeguard and secure its sovereign wealth– the biological resources and associated knowledge – from being misappropriated using the framework of access and benefit sharing (ABS).

Needless to say, articulating norms around ABS proved a significant challenge, owing to the absence of any significant international precedent. Compared to this, norms around conservation and sustainable use (which form the other two objectives of the Act and the CBD) was relatively easier to frame.

The ABS provisions, for the large part, require non-Indians (defined in very broad terms to include even an Indian company with a single non-Indian  shareholder) to seek prior permission before commercialisation of any biological resource and share a percentage of their profits with the National Biodiversity  Fund to be used for conservation and related actions. For purely Indian entities however, they only have to “intimate”  State Biodiversity Boards of such actions.

The Act has several excellent provisions that were considered futuristic at the time of drafting. Unfortunately some of them have now become redundant and/or troublesome for those who wish to comply. The key problem with some of the provisions clearly indicate the intent to restrict use than facilitate use. In short, the Act had a single intent – ensure India’s resources are not used by anyone for commercial purpose without prior permission or intimation. The intent can be argued as good and needed but all the trouble started in the way certain provisions of the Act are being  interpreted now by the administrative ministry, the Ministry of Environment, Forests and Climate Change and the implementing agency, the NBA.

When the trouble started!

Thanks to lack of coordination and collaboration during the formative years of implementation of the Act in India, several States in India drafted State-level Rules that are in many ways not in alignment with the national legislation. For example, though the Act calls for Indians to intimate the State Biodiversity Boards when commercialisation of biological resources happen, several State Rules are drafted in a manner that require Indians need ‘permission’. This in itself is a major legal and implementation challenge.

Real trouble started in 2012 when a newly established Biodiversity Management Committee (BMC) from Madhya Pradesh – a statutory body, as per the Act, created to implement the Act at local self-government level, filed a case seeking benefits from a coal mining company arguing that coal is a product of biological resources and mining of coal is nothing but commercialisation of biological resources and the profits be shared with it as per the Act. After long discussion and expert consultation, the NBA clarified before the court that coal cannot be considered a biological resource per se and therefore there is no issue of benefit sharing.

This led to a sudden deluge of interpretations as to what is a biological resource, what is commercial utilization, what aspects of the resources and associated knowledge are covered under the Act, how to interpret the exemptions and the related and more importantly what is meant by ‘prior’ permission before commercialisation by both Indians and non-Indians.

In the absence of clarity and multiple-interpretations, often not supported by legal certainty, the Act became a nightmare for a number of stakeholders, including researchers and those wanting to prospect the resources legally. Thus, the Act that was supposed to help India reap benefits using its bio-wealth has become a nightmare for those who wish to comply, those who implement it and those who will be interpreting the provisions in case of violations namely the judiciary.

The following are some of the current interpretations that are being suggested by the implementing agency regarding provisions of the Act. Mind you, many of these are not documented anywhere but are those being verbally discussed and used in a case-by-case basis by the NBA. This makes the predictability of the interpretation a challenge.

For example, any act of commercialization of biological resource should have prior permission from the NBA if a non-Indian, non-resident Indian or an Indian entity with non-Indian participation is involved. If not, the act will be treated as cognizable, non-bailable offence. In other words, majority of Indian companies and entities using biological resources already are considered ‘non-Indian’. These include thousands of companies and research entities ranging from those manufacturing herbal products to biotechnology companies.

The definition of commercialisation is so broad that even someone ‘commercialising’ an extract or fragrance has to get the ‘prior’ permission.

Interpreted this way, almost all the food, beverage and related items one sees on the grocery store shelf will come under the purview of the Act and even a road side vendor who is trading biological resources or extracting juice and other such activities need to share a certain percentage of profit with the State or National Biodiversity Fund.

During one case of interpretation of ‘extract’ a few years ago, the arguments between the NBA and the Ministry of Environment and Forests has been whether selling soya bean oil attract the ABS provisions or not. One interpretation was since extracting of oil is a ‘traditional practice’ and since such practices are exempted from the Act (Section 2 of the Act), there is no ABS provision that need to be invoked. Another interpretation, that to an extent prevailed with no logic though was, that current methods of ‘extraction’ are not traditional and hence ABS mechanism should prevail and the oil extraction industry should share a percentage of profits

Some of the suggested interpretations of the Act make it sound more alarming. Take the case of an entrepreneur who has been in the business of commercial use of resources but not being aware of the need of prior permission. The applicant puts in application to the Authority for seeking permission to undertake commercialisation of resources now.

The first action by the Authority is not to entertain his application but send him a show-cause notice as to why a criminal action cannot be taken against him for his actions in the past, since prior permission is required under the Act. Not only the applicant now is denied an opportunity to correct the wrong (compounding of offence) but his entire enterprise is put on hold indefinitely threatening criminal action. Unfortunately, decisions related to such actions are not even being informed to the applicants months after receipt of such applications. This is clear violation of the Act in itself.

Recently, one of the SBSs undertook a search and seize operation in another State citing the resources collected from its State has been held by an entrepreneur and went to arrest him. This is in clear violation of Indian criminal procedural code.

On top of these, though the time to dispose applications for permissions and ABS are specified to be 60-90 days from the date of application as per the Act, it taken an average of time anywhere from 1-3 years.

I can cite a dozen more such interpretations and actions, including an objection by a staff of the Authority for non-Indians to participate in Indian workshops and seminars citing that the participants may misuse the knowledge gained from the participation. Simply put, bizarre!

Where to from here?

Given the above problems, a vast majority of Indians, companies and enterprises using biological resources, ranging from those making pickles to major biotechnology companies are violators of the Act as per the confusing interpretations suggested by NBA. Since there is no provision for compounding of offense or even an opportunity for someone to plead ignorance, research and development as well as commercialisation of biodiversity has almost come to a standstill for those who wish to comply has come to a stop.

Given the above, it is critically important for the Government, including the Law Ministry to address both the interpretation issues as well as correct the wrongs in the Act. In the absence of corrective action, India will significantly lose from its biological resources since no one would like to use the resource with such uncertainty and predictability of interpretation resulting in set-back to research and development using biological resources.

The following could serve as a beginning to corrective action:

First, initiate immediate steps to amend the Act since many provisions of the Act are unclear, does not resonate with what the country wants now and does not support ABS principles.

Second, ensure a notification will be made to compound past actions. Even the Income Tax Laws have such provisions. In the absence of any awareness about the Act since its enactment, it is incorrect to penalise those who approach the NBA with an application to comply now on. In fact, this option has already been provided to the Authority in 2013 but no action been taken.

Third, ensure the Authority is mandated to provide interpretation of the Act with clarity. Multiple interpretations from the Authority, its members, the expert committee and SBBs are only complicating the implementation and compliance. Clear indicators to monitor action by the NBA and SBBs has to be set. This has to be legally correct than based on emotions.

Fifth, raise the awareness levels of the judiciary, at all levels including the National Green Tribunal, about the Act, its intent, current obligations of India under the international legal regime (the Nagoya Protocol) and the provisions of Vienna Convention, and

Lastly, ensure NBA share all the information about decision making publicly, since very little information on how, why and when decisions are made by the expert committees and the Authority are available on the website, though there is a legal obligation for NBA to do to, both under the Citizen’s Charter and Right to Information Act.

I am not sure about you, but I want to be on the right side of law, if only I know which side.