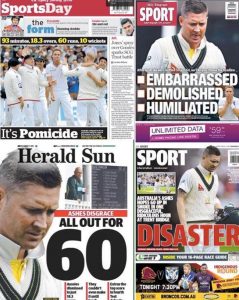 The Madras High Court, in its judgement in Adithya Modi v Union of India and Ors., has refused to mandate Prasar Bharati to stream sports broadcasts shared under the Sports Broadcasting Signals (Mandatory Sharing With Prasar Bharati) Act, 2007 (“Sports Broadcasts Act”) over the internet. Instead, the Court has ‘directed’ the respondents (Ministry of Information, Ministry of Sports and Prasar Bharati) to consider the matter and make appropriate policy recommendations.

Background and the Saga of Sports Broadcasting in India

The tale of sports broadcasting in India goes long back, but it’s pertinent for this case to start with the enactment of the Sports Broadcasts Act in 2007. Section 3(1) of this legislation obliges any entity broadcasting signals of sporting events of national importance, to share the signal with Prasar Bharati to enable them to retransmit the same through their own terrestrial networks and direct-to-home (DD FreeDish) networks. So began a long and bitter battle over the control of (primarily) cricket broadcasts, including Prasar Bharati going over and beyond the scope of Section 3(1) to transmit the shared signal over cable and satellite.

The Act, predictably, was a thorn in the revenues of broadcasting organisations and entities like the BCCI which rely upon them. However, in 2017, BCCI v Union of India, the Supreme Court strictly interpreted the Act as a ‘expropriatory legislation’ and limited the practice of cable networks carrying Prasar Bharati (or Doordarshan’s) feeds. (We’ve covered this judgement here).

Cut to 2018. The Ministry of Information and Broadcasting floats an amendment to the Sports Broadcasting Act to circumvent the Supreme Court’s restrictions and allow private cable / DTH or IPTV broadcasters to relay the ‘clean’ (ad-free) signals shared with Prasar Bharati. The reasons were apparent – DD’s own shares in terrestrial and DTH broadcasting fell far short of other provider’s, potentially defeating the policy intent of the Act (although some private reports pegged FreeDish’s market share at 40%). The industry is up in arms once again. The amendment is shelved.

In the meanwhile, Public Interest Litigations were filed in various High Courts, including in Delhi, Punjab & Haryana and Madras HC, seeking to expand the scope of mandatory sharing of sports broadcasts in light of the increase in the mobile internet usage and the shift from terrestrial broadcasting to online streaming of sports. The petitioner in the Madras HC has for the restrictions on the form of broadcasts under Section 3(1) to be deemed unconstitutional and contrary to Article 19(1)(a), and also arbitrary and violative of Article 14, and to allow OTT and third-party platforms to rebroadcast on a free-to-air basis the signals for sports broadcasts under the Act.

Gone for a Toss: No Right to Receive Sports Broadcasts Over the Internet

The Madras High Court did not accept the petitioner’s contentions. The Court held that the Sport Broadcasts Act did not impose any restriction on the right to access information to deprive any citizen of information, as it was not ‘essential or necessary’ for an individual to have access to such services freely through the internet. Looking into the text of the Sports Broadcasting Act and its statement of objects and reasons, the Court held that the limitation of modes of retransmission under the Act were policy considerations and could not be struck down on the basis that there were more viable technologies for rebroadcasting. Further, the Court also held that the statute did not display manifest arbitrariness, without however noting the reasons for this conclusion.

The Court’s ultimate conclusion on the Sports Broadcasting Act is fairly reasonable. Acceding to the petitioner’s prayer would have meant interpreting Article 19(1)(a) obligations as an expansive positive mandate of the state to enable certain forms of information to be made available in a specific manner, which goes against the prevailing jurisprudence on the scope of Article 19(1)(a). This would be in line with the strict and textual interpretation of Section 3(1) of the Sports Broadcasting Act by the Supreme Court. However, the Court did not supply reasons as to why limiting broadcasts to terrestrial and DTH operations did not display ‘manifest arbitrariness’ in the law, which could have provided some strength to the argument that the restriction on internet broadcasts was irrational or had no clear determinative principle.

The Court’s final direction is incredibly vague. The Court holds that it is ‘open to be assessed’ by the Government whether ‘unrestricted open accessibility to the viewing of sports and entertainment channels through Prasar Bharati’ would be feasible. It further directed the MIB and Prasar Bharati to take an ‘appropriate decision’ within 3 months. Such directions are probably entirely meaningless and it is difficult to see what the High Court intends to achieve from it apart from perhaps reinvigorating government efforts towards amending the Sports Broadcasting Act. In the meanwhile, the sports broadcasting industry and BCCI can probably sit back and enjoy the upcoming T20 World Cup in peace.