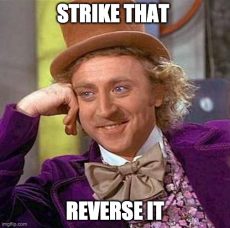 Praharsh discussed the IPAB’s order allowing an appeal against the Controller of Patents’ rejection of the University of Miami’s application over a pharmaceutical composition for treatment of cancer. The Controller had rejected the application stating, among other things that: a) the additional documents submitted by the appellant to explain the post research scenario were grossly substantive and result of further research; b) the revision of claim was beyond the scope of specification made; and c) the specification on record lacks technical data to prove enhancement of efficacy. The Board held that the Controller violated principles of Natural Justice by not specifying the reasons for rejecting the application on ground of sections 3(d) and 3(i). It further held that the additional documents were merely supportive of the original claim and were therefore within the application’s scope. Praharsh points out that despite the fact that neither the Controller nor the appellant adhered to the prescribed timelines the Board did not clarify on this issue. Nor did it take any strict action. Additionally, he notes that the Board acknowledged the foreign registration of a similar invention, despite it being held by the Board in Novartis v. UoI that such registration holds no persuasive value. He finally notes the increasingly common trend of the Controller’s office not making any representation before the Board in several such appeals. 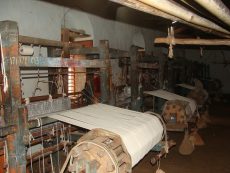 In a guest post, L. R. Vijaypriya discussed the trademark registration of ‘Khadi’ in the name of a German company at the EUIPO, the cancellation petition filed by KVIC and its final outcome. She begins by recounting the government’s efforts to establish the cultural symbol of ‘Khadi’ as an ‘Indian brand’, by setting up the Khadi Village Industries Commission (KVIC) as an the authority to control, regulate, and authorise the use of the term ‘Khadi’ on products. She explains the measures taken by KVIC over the years. In particular, KVIC had recently filed for cancellation of the KHADI trademark in EU. However, the Cancellation Division held that the claims of invalidity do not fulfill the requirements of an earlier trademark per EUTMR. Further, as export documents evidenced only limited shipment to 5 European countries, it failed to meet the standards of a well-known mark. On the issue of deceptiveness, it concluded that as ‘Khadi’ is not part of the common knowledge of the relevant public in the EU. Lastly, it noted that mere prior knowledge of Indian use, does not attribute an act of bad faith. Vijaypriya notes that despite loss in this case, KVIC has filed a cancellation application on grounds of non-use on 31st May, 2019, as part of its proactive measures to protect the rights over ‘Khadi’, worldwide. 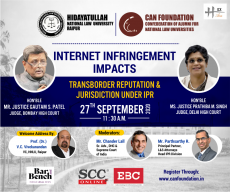 We informed our readers of the online session on ‘Internet Infringement Impacts: Transborder Reputation & Jurisdiction under IPR’ organized by Hidayatullah National Law University (HNLU), Raipur, in collaboration with CAN Foundation, at 11:30 A.M on Sunday, September 27, 2020. The session hosted Justice Gautam S. Patel of the Bombay High Court along with Justice Prathiba M. Singh of the Delhi High Court. Hon’ble Justice Patel used this opportunity to pay tribute to Prof. Basheer and the legacy he carved out in terms of access to education through IDIA, as well as his contributions to the study and advancement of intellectual property law and his brainchild, the SpicyIP blog. The recording of the session is available here.

Bona Fide or Not?: Usage of Common Surnames as Trademarks

In a guest post, Varsha analysed the case of Anil Rathi v. Shri Sharma Steeltech, whereby the Delhi High Court rejected the plea for usage of a surname in the course of trade. An MoU and Trust Deed regulate the usage of the RATHI mark between the members of the Rathi Family. The court found that the defendant’s act of issuance of licenses in his personal capacity for the usage of impugned mark amounts to infringement, as the issuance is ultra vires the MoU and Trust Deed. The court rejected the defendant’s Section 35 argument, i.e., he could use the mark as that was his surname. It held that Section 35 of Trade Marks Act 1999 is restricted to personal use of marks and does not to extend to the grant of licenses or use by artificial entities. Varsha compares this case to that of Supreme Court’s decision in Precious Jewels v. Varun Gems, pointing out that the court’s rejection of the ‘TMT RATHI’ mark on grounds of it being different from a full name mark might not be completely sound. Finally she refers to a previous decision of Delhi HC where it was held that the word ‘RATHI’ forms an essential part of registered mark and it cannot be used by the defendants with prefixes or suffixes, pointing out that Anil Rathi failed to cite this.

We announced for our readers the Law Gazette’s 1st National IPR Quiz Competition for law students on October 4, 2020, which is to be held in the memory of Late Professor Dr. Shamnad Basheer. The deadline for registration is October 3, 2020. Further details regarding the competition can be found on the post.

We notified for our readers that Lawctopus is offering an online certificate course on Intellectual Property – Law and Practice from October 1 to December 30, 2020. The deadline for registration is September 30, 2020. Further details regarding the competition can be found on the post.