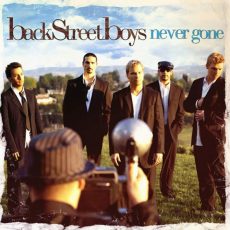 One may recall the scene in Macbeth where he encounters the ghost of his former friend Banquo and exclaims in disbelief. I am sure many would have exclaimed with similar sentiment after reading the suggestions of the recent Parliamentary Standing Committee Report on Review of IPR regime in India, which suggests re-institution of IPAB. At the outset, let me clarify, I am in no way against the idea of having a dedicated IP court, which will ensure timely disposal of highly technical IP disputes.  However time and time again we have addressed the problems with the institution we had, and often have suggested ways to overcome these obstacles to get the institution we need (see here). In this post, I shall address the suggestions of the Parliamentary Committee pertaining to IPAB and will try to pitch in my two cents on it. Readers can find an earlier post from today by Prof. Arul Scaria on broader issues related to this report here.

Recommendation of the Committee

The Committee after briefly touching upon the history and arrangement of the IPAB, highlighted that the functioning of the institution was marred by the delayed appointment of its members. The report then talks about the status quo i.e. abolition of the IPAB and subsequent transfer of its cases to the High Courts and Commercial Courts. Notably, the committee pinpoints that the decision to scrap IPAB was taken without undertaking proper judicial impact assessment, and opines that transferring cases from IPAB to High Courts and Commercial Courts will add on to the existing burden of backlogs in the courts. Therefore, the Committee suggests  “that IPAB should be re-established, rather than being abolished and should be empowered and strengthened with more structural autonomy, infrastructural and administrative reforms, as well as ensuring the timely appointment of officials and experienced manpower.”

The Committee then further recommends that “the Government, before scrapping of significant tribunals through an ordinance, should undertake a Judicial Impact Assessment along with wide consultations with relevant stakeholders to ensure building a systemic perspective on abolishing an established system in the country.”

I completely agree with the Committee on the need to consult with the stakeholders before deciding on matters which may have wide ramifications. However, it is slightly ironic that the Committee suggests this, while it itself shied away from involving participation from segments other than law firms and industry groups (See para 2 of the introduction of the report). Talking about the key recommendation concerning the re-establishment of the IPAB with “more structural autonomy, infrastructural and administrative reforms”, it must be noted that since its inception, IPAB has constantly struggled on these fronts. Be it interference from the executive in appointments of its members and other aligned matters to long vacancies in the Board, to PVPAT member hearing patent matters, these matters have been the bone of contention in the proper functioning of the IPAB for far too long. Readers may recall that owing to these and above reasons, Prashant suggested scrapping the IPAB (see here and here), which attracted a counter set of arguments from Arun (see here and here). Regardless of these past debates, the Committee appreciates that the tribunal had issues, however, instead of suggesting ways to resolve it, it simply offered a lip service recommendation to re-establish it without any judicial impact review of its own? The report dedicates only a couple of pages without really weighing in the pros and cons of the IPAB nor does it suggest any measures on how the revival can be seamless.

The Committee also notes that re-establishing the tribunal will reduce the burden off the courts. However, in my opinion, it is a dangerous assumption to make. As Prashant in his open letter has pointed out, the IPAB culture divides the jurisdiction into two heads, one between regular courts and the other before the IPAB. While the facts of the case in these matters remain the same, the litigant is still forced to argue its case before two different fora. This along with other problems with the IPAB litigations have been addressed by Prashant in the above open letter.

In fact, the Supreme Court on 2 different occasions (see here and here) addressed these and many other issues with the tribunal culture in India which was coincidentally followed by the scrapping of 5 tribunals including the IPAB. In light of the above, I wonder if the Committee’s efforts in the report on discussing the IPAB were worth the efforts? Or were any efforts taken on part of the Committee, at all? Since the discussions lacked participants from other segments of the IP community. Will this discussion be able to inspire any more desire to change the status quo? Especially when High Courts are seemingly adopting the new normal in this regard already.