Zolgensma and the Inadequacies of the Compulsory Licensing Regime

In a guest post, Akhil wrote about Zolgensma, Novartis’ gene therapy medication prescribed for treatment of Spinal Muscular Atrophy (‘SMA’). Akhil discusses the compulsory licensing provisions in the TRIPS Agreement, as well as the objectives and principles relating to safeguarding public interest in Articles 7 and 8 and how they find reflection in India’s Patent Act. Breaking down the 3 tests of reasonably meeting the requirements of public, reasonable affordability and patent working in India under Section 84, he assesses the case of Zolgensma, of which an estimated 3,00,000 children suffer. Due to the fact that medications like Zolgensma operate without a large enough target demographic to be addressed as public need, they do not get the necessary attention to have the accessibility issue addressed. From the pharma perspective, Akhil finds that the returns on drugs like Zolgensma, are made almost exclusively by charging exorbitant sums from the very few people suffering from this affliction. He then recounts the CL regime in the country as per the Doha Declaration and national jurisprudence on the matter, opining that the regime has to be reworked to cover within its ambit, the pharmaceutical needs of those suffering from afflictions that might not necessarily affect the ‘public’, but still drastically affects the fundamental right to life. 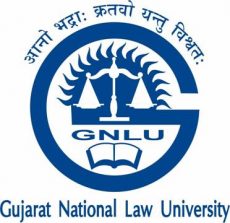 Webinar on ‘Traditional Knowledge as Intellectual Property: Opportunities and Challenges at the International Level’ [October 13]

We informed our readers that the Microsoft IPR Chair and the DPIIT IPR Chair at Gujarat National Law University (GNLU), Gandhinagar are jointly organising a webinar on ‘Traditional Knowledge as Intellectual Property: Opportunities and Challenges at the International Level’ on 13th October, 2021. For details, please read the announcement. 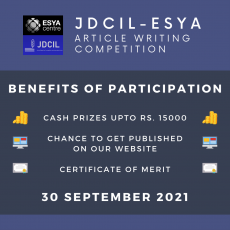 We informed our readers that the Jindal Digest for Competition and Innovation Laws, in collaboration with Esya Centre, is organizing an article writing Competition, with an aim to encourage academic research on the intersections of competition, IP and technology laws. For details, please read the announcement.

We informed our readers that the DPIIT IPR Chair of Inter University Centre for Intellectual Property Rights Studies at the Cochin University of Science and Technology (CUSAT) is organizing a four day webinar on “Digital Sequence Information (DSI) – Implications on Access and Benefit Sharing” from October 4-7 2021. For further details, please read the announcement.