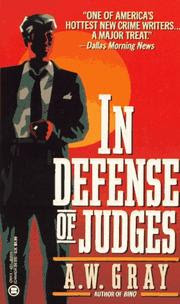 Let me begin this post by saying that I strongly disagree with the views expressed in the letter asking for Justice Bhandari’s recusal. In my honest opinion, with which some of my co-bloggers disagree, the entire episode has come across as an attempt to persecute an honest judge on the day the matter was supposed to be heard. How else is one to interpret a news report which is titled ‘SC Judge under attack from health activists’? The letter in itself has been much more respectful towards Justice Bhandari but then again I’m simply baffled by the issues it has raised. The letter clearly states that corruption and transparency are not the issue and although the letter does not clearly articulate it, the concern appears to be one of ‘conflict of interest’.

Issues of ‘conflict of interest’ always need to be viewed through an objective lens and cannot be left to subjective interpretation since that would make it too easy for vested interests to derail any and every other litigation in this country.

On the 7th of May, 1997 all the Judges of the Supreme Court adopted a ‘Restatement of Values of Judicial Life’ which can be accessed over

here. These ‘values’ are currently in the process of being codified by Parliament in the form of the Judicial Standards & Accountability Bill, 2010. The Bill is expected to lay down the minimum criteria for judicial misconduct, misbehaviour and also lay down the standard for assessing a possible ‘conflict of interest’. The letter makes no reference to either the ‘restatement of values’ or the Bill under consideration. Let’s now try to frame the issues raised by the letter against the ‘Restatement of Values of Judicial Life’ and the ‘Judicial Standards & Accountability Bill, 2010’.

(i) Attending conferences funded by IP owners
The primary objection appears to be that Justice Bhandari has attended several conferences which have been sponsored be IP owners associations of which Novartis was a member. Both the Restatement of Values and the Bill under consideration do not prohibit judges from taking part in such conferences. The letter too does not allege that the judge has violated any such judicial values.

(ii)Published views on intellectual property
The secondary objection appears to be this one innocuous sentence from a paper published by Justice Bhandari: “Majority of pharmaceutical patents holders and IPR holders are from developed countries. They have burden duty and obligation to educate people regarding the importance of the protection of IP Rights by organizing seminars, symposia, debates on regular interval. They must make all efforts to ensure that all countries are persuaded to enact proper laws. They must also create awareness about the existing laws to the people.” The rest of the paper which can be accessed over

here refers to only decided Indian case-laws. In fact this paper published by Justice Bhandari uses the word ‘patent’ only twice and the second time the word has been used is in context of foreign companies patenting Indian herbs.

The ‘Restatement of Values’ states that “A Judge shall not enter into a public debate or express his views in public on political matters or on matters that are pending or are likely to arise for judicial determination.”

The Bill under consideration states that no judge shall “(f) enter into public debate or express his views in public on political matters or on matters which are pending or are likely to arise for judicial determination by him:
Provided that nothing contained in this clause shall apply to,—
(i) the views expressed by a Judge in his individual capacity on issues of public interest (other than as a Judge) during discussion in private forum or academic forum;
(ii) the views expressed by a Judge relating to administration of court or its efficient functioning;”
How does the statement attributed to Justice Bhandari fulfil these requirements? The answer is simple, it doesn’t. Justice Bhandari made an absolutely general statement on how countries had to be convinced to enact stronger laws to protect intellectual property. So the man wants strong laws to protect intellectual property. How does this affect his impartiality in anyway?

Conclusion: As is obvious from above Justice Bhandari was acting completely within the boundaries of the law and the code of conduct adopted by the Supreme Court. Even the letter does not state that he has violated any of these standards. It’s unfortunate that he’s been made a victim of the already deeply polarized pharmaceutical patent debate in India. I think this entire episode has been in bad taste and as such sets a very dangerous precedent for this country. But then again this is a country where reason has always submitted to moral intimidation.