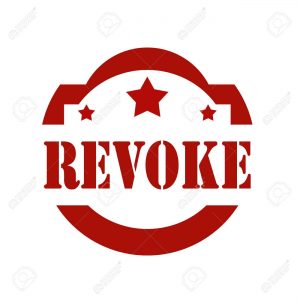 Recently, the Cancer Patients Aid Association (CPAA) wrote to the Health Ministry and the Pharma Ministry urging them to revoke the Indian patent granted to Gilead’s Remdesivir, an anti-viral drug that is being tested as a potential cure for COVID-19.  With Remdesivir being granted a patent as recently as February 2020, CPAA has sought its revocation immediately under Section 66 of the Patents Act, 1970 on the ground of public interest and Section 64 of the Act on the ground of non-patentability of the drug.

On 9th April 2020 CPAA wrote to the Ministry of Health urging them to revoke the patent granted to Remdesivir (the letter can be accessed here). Remdesivir is a drug produced by Gilead Sciences Inc., for treating ‘filoviridae virus infections’ and can be used for treating Ebola virus, Cueva Virus and Marburg virus. The coronaviruses too belong to the filoviridae family. Initially, Remdesivir was produced by Gilead with major support from the US government, as a possible cure for the Ebola virus epidemic. However, clinical trials showed that the drug was not very effective for treating Ebola and the trials were abandoned (You can read more about the Remdesivir patent politics here). After modifications, Gilead made a patent application in India in 2015 and Remdesivir was granted a patent on 18th February 2020. Currently, it is in its clinical trial stage and has not yet received marketing approval.

With the coronavirus pandemic, Remdesivir came back into the limelight when it was named as one of the most promising elements of the World Health Organization’s unprecedented global drug trial for finding a treatment for COVID-19, along with chloroquine and hydroxychloroquine, and a combination of Lopinavir and Ritonavir (two HIV drugs). Right now, Remdesivir’s importance has grown exponentially and it is being touted as essential for patients with co-morbidities such as cancer or diabetes. After recognizing the same, CPAA, an organization that works to create healthcare access for socio-economically underprivileged cancer patients, sought the revocation of Remdesivir’s recently granted patent to ensure that the drug is available to those in need at affordable prices and also for the generic alternatives of the same to be produced. It should be noted that CPAA has currently made only a representation to the Health Ministry and no legal recourse has been sought out yet.

Section 2(j) defines an ‘invention’ as “a new product or process involving an inventive step and capable of industrial application and Section 2(ja) defines an ‘inventive step’ to be a technical advance that is not obvious to a person skilled in the art. Section 3 lists out items that are not inventions for the purposes of the Act. This gives the basic criteria for patentability in India, which is a 3-step formulation that says any invention must have novelty, be non-obvious and have industrial application. Only when the patentability of the subject matter and novelty come together to form a synergistic product, a patent can be granted.

The plea put forth by CPAA aims to establish that the Remdesivir patent application was only for a salt of a known compound, therefore lacking patentability and barred by Section 3(d) of the Patents Act which says that a new form (such as salts, esters etc.,) of a known substance that does not result in increased efficacy cannot be patented. Further, it claimed that novelty and an inventive step are lacking as the present patent has been granted for anticipated modifications of the compounds already disclosed in Remdesivir’s PCT applications and these are obvious to a person skilled in the art. With these two contentions in place, CPAA is attacking the basis of the patent granted. The plea also brings to question the Patent Office’s ability to appreciate prior art documentation in the grant of patents. We have written much about the Patent Office on our blog and a recurring theme has been the administrative shortcomings that plague the functioning of the Office and concerns regarding their examination of patents  (see posts here, here and here).

While the public interest argument is the key contention of CPAA’s appeal, a perusal of the letter would show that there is an elaboration of why Gilead’s Remdesivir is not patentable in India and hence the granted patent must be revoked as per Sections 64(1)(d), (e), (f) and (k). Section 64 concerns the revocation of patents. 64(1)(d) holds that a patent can be revoked for any claim that is not an invention within the meaning of the Patents Act; 64(1)(e) puts in the novelty requirement for patentability; 64(1)(f) is the non-obviousness requirement and 64(1)(k) holds that a patent can be revoked when the claim is not patentable under the Act. The idea behind this section is that the patents granted by the Indian Patent Office do not have a presumption of validity and thus, allowing petitions against the same and shifting the burden of proof on the patentee to prove otherwise works as an effective counter-balance.

However, from the letter it is not clear if there is any expert evidence backing the claims of novelty and obviousness and the section 3(d) argument. A normal practice in patent revocation petitions (in the IPAB) is to file the claim with affidavits of an expert witness as evidence that supports the arguments on novelty and obviousness. This evidence is necessary to prevent any hindsight bias that would arise and make inventions seem obvious, even if it were not so. The use of the Section 3(d) argument too must show how the derived compound does not meet the efficacy criteria. Until there is expert evidence on the matter, it is best to not reach any conclusions regarding the validity of the patent. The contestation of Remdesivir’s patentability should ideally take place either in the form of a post-grant opposition as per Section 25(2) of the Act or through a revocation petition in the IPAB under Section 64 itself, although this may be delayed as the IPAB currently does not have a technical member for patents to scrutinize this claim. It must be noted here that patient groups have successfully filed post-grant oppositions in the past and this particular group had filed a successful pre-grant opposition against Glivec in 2006. The compulsory licensing (CL) option under Section 84 of the Act, that often comes up in the context of pharma patents, is not available in this instance as, for CL to apply three years must have passed from the date of grant of patent and Remdesivir’s patent was granted only a couple of months back.

CPAA using Section 66 of the Patents Act for the revocation of Remdesivir’s patent may be particularly forceful right now if the drug’s potential to treat COVID-19 is actualized. Relying on the fact that the Right to Life under Article 21 of the Indian Constitution also encompasses the Right to Health, CPAA is focusing on the need for affordability of Remdesivir and production of generic alternatives for the same.

While we have already discussed the policy choices and the Right to Health push to address patent law that may come in the way of effective responses to the pandemic, the Section 66 argument provides for another option to be pursued. Section 66 reads –

Revocation of patent in public interest —Where the Central Government is of opinion that a patent or the mode in which it is exercised is mischievous to the State or generally prejudicial to the public, it may, after giving the patentee an opportunity to be heard, make a declaration to that effect in the Official Gazette and thereupon the patent shall be deemed to be revoked.

Since its inception, public interest as a ground for revocation of patents has been used twice in India in 1994 and 2012. In 1994, a process patent for producing cotton cells granted to a US Company Agracetus was revoked in order to preserve farmers’ rights and to prevent a subsequent negative impact on the Indian economy. In 2012, a controversial Avesthagen patent for treating diabetes was revoked for being prejudicial to the public. Given this precedent, the public interest claim does have a strong backing to push for the revocation of Remdesivir’s patent, given the extraordinary circumstances. Further, with many petitions across the world seeking compulsory licensing and change in the working mechanism of patent law for potential treatments for COVID-19 (for instance, see here, here and here), CPAA’s plea may only gain more traction.

If it happens, the invocation of Section 66 will be an exercise of the executive power thus overcoming the procedural and evidentiary hurdles in exchange for expediency. However, the Central Government must then be prepared for a significant backlash and retaliation from India’s trading partners, particularly the US and Big Pharma despite the circumstances and hence must treat it as a last resort option.

Finally, with the Indian pharma industry’s potential to produce affordable generic alternatives, the recently granted patent may come in the way of crucial efforts in the search for cheaper, more affordable treatments. For instance, there were media reports that Dr. Reddy’s Laboratories was in the works of creating a generic version of Remdesivir, which the pharma company has now denied. While there may be a plethora of reasons behind this denial, the concern over a possible patent infringement suit cannot be overlooked. To deal with such concerns effectively, there is an urgent need to address any possible barriers held up by patent law with due forethought to the consequences of policy changes.