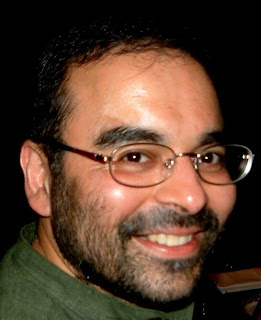 Dwijen Rangnekar, a prolific writer in the area of geographical indications (amongst other things), emailed me a copy of his recent article in the EPW (Economic and Political Weekly) dealing with the Mashelkar Committee Report, asking what I thought about it. Reluctant as I am in wasting any more time addressing the personal attacks generated by this report, Dwijen’s article is an exception, since it helpfully engages with the substance of the TRIPS arguments. I’ve been making a call for more substantive comments and for a constructive engagement with this controversy in several of my earlier posts:

Before I begin tackling the specific issues raised by Dwijen’s piece, it bears noting that one has to draw a distinction between a “TRIPS” analysis and a broader “policy” analysis that seeks to investigate whether something is good in national interest. So, although something may be TRIPS compliant, it need not necessarily be in “national interest” and vice versa. This aspect was unfortunately missed out in most debates involving the Mashelkar Committee Report. The mandate of the Mashelkar Committee was to restrict themselves to a TRIPS analysis and not to do a broader policy analysis of how best to balance public health goals with pharmaceutical innovation goals. And, this was my commission from the Intellectual Property Institute (IPI) as well—to address only the issue that was before the Committee and not explore the wider “policy” space. Unfortunately, these two distinct aspects have been conflated in a number of recent writings on this theme, and Dwijen’s EPW piece is one of them—although he engages quite well with the specific TRIPS issues.

Dwijen’s focus is on the “non discrimination” provision in Article 27 of TRIPS and the flexibilities therein. Unfortunately, his article falls into the same trap as some of the earlier writings on this theme by conflating the Mashelkar committee mandate with the TRIPS compatibility review of section 3(d) and the Novartis case—a conflation that I had warned about in a previous post. Dwijen states in pertinent part that: ”Discussions here have implications to Section 3(d) of the Patent Act, which Novartis is challenging.” I can see where Dwijen is coming from. As many of us familiar with this controversy know, Novartis attempted to rely on the Mashelkar Committee report as having stated that section 3(d) does not comply with TRIPS. As I’ve pointed out earlier, the Mashelkar report does not speak on the TRIPS compatibility of section 3(d) and Novartis is wrong to rely on the report to support its argument. The two issues are distinct and we must be careful not to confuse them. Laudable as Dwijen’s intent is (i.e. an attempt to thwart Novartis’ aim of relying on the report), the sensible approach is to de-link the two issues and not to further conflate them.

As I’d noted in the paper and encapsulated in the blog postings, the proposed amendment (that would grant patents only to new chemical entities) is likely to contravene TRIPS on two counts:
1. It violates the mandate under Article 27 to grant patents to all “inventions”:
Article 27 of TRIPS mandates that patents shall be granted to all “inventions” in all “fields of technology”, provided such inventions are new, non obvious and have utility. As I’ve argued in more than 35 pages in a report that is now the subject matter of controversy, the term “invention” as used in Article 27 of TRIPS is to be vested with some basic meaning i.e. at the very least, it denotes something of “technical” import. Were it to be a term “freely” interpretable according to the whims of member states, we could end up with a situation where a member state may argue that it needn’t grant patents at all, since its unique lexicon suggests that nothing ever amounts to an “invention” under Article 27. In short, the term invention would be rendered redundant and such a result would fly in the face of a basic tenet of treaty interpretation that is well accepted under international law—that one cannot read a treaty term in a manner as to render it redundant. Incremental pharmaceutical inventions are “technical” in nature, and ought to fall within even the lowest common denominator that any sensible reading of the term “invention” would offer. As such, their exclusion from patentability (when the other patentability criteria of novelty, non obviousness and utility are satisfied) is likely to contravene the mandate under Article 27 to grant patents to all “inventions”.
2. It violates the mandate under Article 27 to not discriminate between areas of technology:
By excluding incremental pharmaceutical inventions from the scope of patentability, one may be violating the mandate under Article 27 to not discriminate between fields of technology. The great majority of patented pharmaceutical inventions today are inventions that are not “new chemical entities” or NCE’s. In the hierarchy of inventions (if ever one could classify them as such), there are the pioneer inventions (or basic inventions) and then there are the incremental ones, that build on the pioneer/basic ones. New chemical entities are tantamount to “pioneer” inventions that sit right at the top. Thus, while a new chemical molecule for treating cancer would amount to a “new chemical entity”, working with this molecule to come up with a new formulation that would be heat resistant (tremendously useful in several tropical parts of India) would amount to an “incremental invention”. Given the fact that incremental inventions are routinely granted protection in most member states (and in India as well), can we exclude them only in the area of pharmaceutical technology?
In relation to my analysis on non-discrimination (the second point above), Dwijen states:
”…..his analysis does not explore the space left by the panel’s refusal to actually define the principle of non- discrimination in Article 27.”
Firstly, Dwijen is wrong in assuming that I didn’t explore this space. Pages 34-46 of the report deal with precisely this issue. Secondly, its paradoxical that he himself fails to tell us as to what the ambit of this “space” really is.

The panel notes in Canada Generics case that what is caught by Article 27 is not any “differentiation” but only an “unjustified differentiation”. The appropriate enquiry therefore needs to focus on: What are the factors that a panel is likely to take into account in determining whether a proposed exclusion from patentability is “justified” or “unjustified”? “Evergreening” is perhaps the most well known factor that one might invoke in such a situation to argue that the proposed measure of limiting patents to NCE’s is a “justified” one.
As my paper notes, ‘evergreening’ can be tackled on two fronts:
1. By not granting secondary patents on the basis of trivial and insignificant changes to the original pharmaceutical product.
2. By ensuring that generic versions of the original drug can be marketed after patent protection has expired. This could be aided by interalia ensuring that regulatory approval for the original product (free to be copied after the original patent expires) is retained as a reference product for generic copies. An effective application of patentability criteria in patent offices and the courts would ensure that trivial and insignificant changes do not merit patent protection.
This is where section 3(d) comes in. In other words, if “obviousness” standards (section 2(1) (j)) and section 3(d) work well, then why do we need the proposed amendment that would operate in an arbitrary manner and exclude all non NCE’s from patentability, irrespective of whether they were individually meritorious or not? Doesn’t it make sense for us to focus on laying down guidelines for section 3(d) and the non-obviousness section that would ensure that only the really meritorious inventions cross the “patentability” threshold. In other words, how do we define some of the new terms that have been used in these sections i.e. “efficacy”, “technical advance” and “economic utility”?) to achieve our goals?
In short, knocking down patents at the beginning (without an individual examination of whether they satisfy the novelty, non obviousness and utility criteria) is an arbitrary standard that is more likely to be struck down by a panel as not being a “justified” one. I’m not sure that the Doha Declaration can really help save the situation here, as a panel is likely to look into whether other adequate measures could help with catering appropriately to public health measures (such as tightening patentability criteria, compulsory licensing etc etc), as opposed to imposing an arbitrary patentability standard.
As for the second issue, in a recent case, Europe’s Competition Commission imposed a heavy fine on AstraZeneca for misusing rules and procedures applied by the national medicines agencies responsible for issuing market authorisations for medicines by selectively deregistering the market authorisations for Losec capsules in Denmark, Norway and Sweden with the intent of blocking or delaying entry by generic firms. At the time, generic products could only be marketed if there was an existing reference market authorisation for the original corresponding product (Losec). Subsequent changes to EU legislation have made it impossible to repeat the specific conduct which led to the fine. We need to ensure that Indian regulations permit an off patent drug (generic) to be in the market, even without a reference ‘brand’ product and that doctors/pharmacists can easily substitute the off patented variety for the new branded version.
I think a panel is very much likely to look at these factors before determining whether a measure that results in a disadvantageous treatment of a specific technology sector is “justified” or not. As opposed to ruling that since “non discrimination” is not defined, any purported measure would pass muster under article 27.

Secondly, as noted earlier, I’d argued that the proposed amendment would contravene the mandate under Article 27 to grant patents to all “inventions”—which is a distinct enquiry from whether or not a purported measure is “discriminatory or non discriminatory”. Dwijen does not explore this issue at all in his note.

Lastly, what Dwijen misses is that, till date, WTO panels have been quite literal in their approach. As a noted commentator on international IP, Graeme Dinwoodie appropriately notes in one of his articles: “Webster’s has become an essential research tool in WTO TRIPS litigation.” For those of you interested more in these aspects, see also Graeme B Dinwoodie and Rochelle Cooper Dreyfuss “WTO Dispute Resolution and the Preservation of the Public Domain of Science under International Law” (2005) who state in pertinent part that “ we inform our analysis with the observation that WTO panels tend to hew closely to text when resolving disputes.

I guess one could, in a “crystal ball gazing” mood predict that this will all change in the near future and that panels will begin to incorporate “policy dimensions” in their reports. But, were one to simulate a panel report (which is what I attempted to do in the paper), a far sensible option would be to go by what the interpretative attitude has been till date, and not one that might be adopted (we’re not even really sure…) in future.