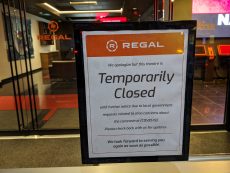 In a guest post, Tanvi Sehgal weighs in on the impact of the COVID-19 induced shift from theatrical release of films to OTT release on the producers’ share of earnings. She explains how the pandemic shutting down movie theatres for such a long duration has forced producers to release their movies on OTT platforms such as Netflix, Amazon Prime and Hotstar. According to her, movies intended for a theatrical release tend to involve significantly larger investments than those meant for OTT platforms or television as the former brings in huge profits. She elaborates how the 2012 amendment has made equal sharing of royalties between producers and the authors of underlying works mandatory except in case of cinema hall showings of the film. In these unprecedented times, this provision is harming the producers as they are not making enough profits and are being compelled to share royalties. Tanvi suggests tackling this by amending the law to exempt royalty sharing for the first medium of release, whichever it may be. To prevent inequities in cases where the first and any subsequent medium remains the same, the legislature may fix an outer time-limit during which the royalties would be exclusive for the producer. 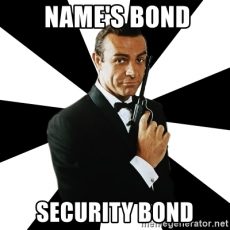 This post is a follow-on to Swaraj and Praharsh’s previous post, where they summarized some of the issues with interim injunctions in high-tech patent matters. They discussed a number of cases to emphasize that the granting of an interim injunction necessarily requires a discussion of the factors i.e. prima facie case, balance of convenience and irreparable hardship (and public interest when necessary), and that the same must not be granted as a matter of routine.  When courts must provide interim injunctions, they suggest two safety measures to counter-balance the limitations of interim injunctions. Firstly, a security bond obligating the plaintiff to deposit an amount upfront for the potential loss to the defendant’s business, and, potential damages to public interest, may be maintained to provide remedy to the defendant in case of wrongful interim injunction. It would also deter the plaintiff from approaching the court with demands of interim injunctions except in apt situations. Secondly, on institution of a counter suit for recovery of damage by the defendant after final determination of the previous suit, the party may be awarded compensation where a temporary injunction has been granted on insufficient grounds. They conclude by revisiting practices in other jurisdictions and suggesting four possible measures that could support these two discussed safeguards.

Store Layouts: The New Trademark on the Block 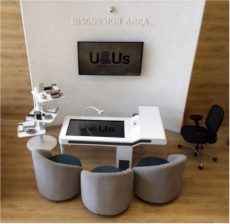 In this post, I analysed store layout trademarks. I begin by explaining what these trademarks protect and how they are treated by different trademark regimes including the US, EU and finally India. Using U & Us Home Studio’s ‘Discussion Area Zone’ as an example of a layout situated inside a showroom, I point out how consumers would not have access to such a zone until they actually enter the outlet, emphasizing that  layout trademarks need to perform the basic source-indication function. I then explain how these marks would meet the graphical representation requirement if pictorial representations depicting accurate proportions are submitted during filing. Lastly, I discuss functionality doctrine as a challenge to layout trademarks, as the articles combined together to obtain the unique arrangement might be those that are necessary to obtain specific technical functions. While a combination of functional and non-functional elements can still be distinctive, it is necessary to prove that the manner in which the features are combined amounts to more than simply the ‘sum of its parts.’ I conclude that the unique nature of layout trademarks doesn’t present any obstacles that cannot be overcome by use of safeguards present in Indian trademark law.

We informed our readers that the Centre for Intellectual Property Rights, National University of Advanced Legal Studies, Kochi is organizing the 6th edition of their National Essay Writing Competition for law students on the theme ‘Innovate for a Green Future: Role of IP Rights in Encouraging Innovation and Creativity’. The deadline for submission of essays is October 4, 2020.

Adarsh analysed the Federal Court of Canada’s judgment in Yves Choueifaty v. Attorney General of Canada, concerning the patentability of computer-related inventions (CRI). He explains how the Court concluded that the Canadian Patent Office’s “purposive manner” of construing the claims as prescribed in the Manual was erroneous, explicitly holding that the principles of claim construction were identical, whether the matter was being decided by a Court or by the Patent Office. The Federal Court expressly differentiated between the “substance of the invention” approach and the “purposive” construction approach. It held that the latter required the claim be construed based on its “essential” features for which both the inventor’s intention and the perspective of the PSITA were relevant. Adarsh emphasizes that claim construction principles cannot vary between the Patent Office and courts, although practice in the US allows for this. He goes through the Indian Patent Office’s CRI guidelines and Roche v. Cipla and questions whether “purposive” construction as expressed by the court is the same as looking at the “essential” features of the claim? He concludes that the claim construction principle of splitting between essential and non-essential elements, does not apply in India, instead the specific tests that apply under this concept vary across courts. 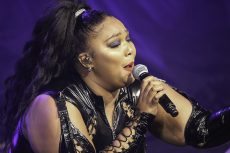 Anupriya discussed Lizzo’s victory against three songwriters who had claimed that her super-hit song ‘Truth Hurts’ was derived from ‘Healthy’, which they wrote with Lizzo, making them co-owners of ‘Truth Hurts’ too. Analysing Section 2(z) of the Copyright Act, Anupriya explains that in India, while ownership does not extend to the derivative of a jointly authored work when the co-author had no contribution in creating the derivative, the very creation of derivatives would still require the permission of all joint authors. In the film industry, the assignment of rights to the producer and eventually the label could mean that copyright claims are likely to be interpreted in their favour. In contrast, creators of independent music are becoming increasingly inclined to demarcate their rights on paper. She then argues that requiring permission from all joint authors before an existing work can be built upon, impedes creative engagement as many artists consider their works to be a ‘conversation’ and achieve a sense of fulfillment and belonging through community engagement in these works. Finally, she suggests that statutory fair dealing for the purpose of ‘criticism’ must import ideas from musical practices that conceptually favour a wider understanding of permissible appropriation than the narrower terrains signified by ‘criticism and review’.

We also informed our readers about the online roundtable conducted by DPIIT IPR Chair, NLU Delhi on 11th September on the global implications of the UK Supreme Court’s decision in Unwired Planet v. Huawei and the Lessons for India’s evolving SEP jurisprudence that was conducted on.  Our earlier posts on UK Court of Appeals’ decisions in this case can be viewed here and here.

Much Ado about ‘Use’: UK Decision Rekindles Debate under Indian Trade Mark Law

In a guest post, Yash More and Hitoishi Sarkar discussed the Indian courts’ interpretation of what constitutes ‘use’ while adjudicating upon disputes concerning prior use of trademarks in light of the recent UK HC decision in MERCK KGaA v. MERCK Sharp. They explain that the UK HC held that to constitute ‘prior use’, actual sales in the market are not required. It rejected the argument that a business that has not launched its products under the trademarks is not entitled to disturb a registered trademark. They contrast this with Delhi HC’s recent decision in Peps Industries v. Kurlon, which held ‘sales’ to be an essential criterion to claim the defence of ‘prior use’ under Section 34 of Trade Marks Act. They discuss several judgments delivered by the Delhi, Calcutta and Bombay HCs on the interpretation of ‘prior use’, as well as the Supreme Court’s decision in Hardie Trading and Ors. v. Addisons Paint and Chemicals. They suggest that the jurisprudence is fairly consistent in not requiring proof of sales to confirm prior use, with the only exception of Delhi HC which has created confusion in this regard.