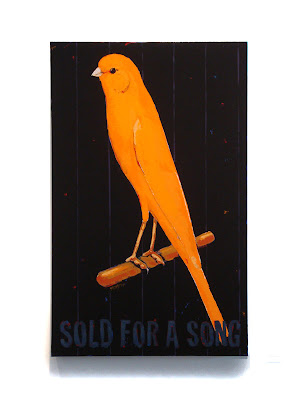 We’d blogged earlier on the government move to amend the copyright act to inter-alia redress a historical injustice and compensate Bollywood artists more justly for their creative endeavours.

As many of you may be aware, most such artists (mainly music composers, lyricists and script writers) have been at the receiving end of unjust contracts from film producers and sound recording companies who’ve taken away all their rights for a lowly lumpsum.

The Indian Express carried an editorial of mine on this issue today. I reproduce it below:

Sold for a Song

Shakeel Badayuni’s memorable words set to a melancholy tune by Ghulam Mohammed (the music director of Pakeezah) — holds a foreshadowing of Ghulamji’s fate.

He died in penury, despite his works minting lakhs (in those days) for the film producer who commercialised and marketed his art. He was not alone in this predicament; the wife of the legendary music director Khemchand Prakash was found begging on the streets of Mumbai soon after his unfortunate demise.

The word “inequity” could not have found a better situational fit than this — to this day, Bollywood artists (music composers, lyricists and scriptwriters, whose works are incorporated into films ) are forced to sign away entire copyrights to film producers for a measly lumpsum, even as their works reap crores at the box office.

Sample this clause, extracted from one of the Bollywood contracts:

“the Lyricist expressly acknowledges and agrees that the Producer shall be considered the first author and owner of the Lyrics… without condition.. of any kind, and free and clear of any and all claims for royalty… The Lyricist irrevocably and unconditionally waives all rights in respect of the Lyrics to which he is now or in the future entitled to under the Copyright Act.”

Not content with snatching away all economic rights to future returns, this legal parchment goes on to strip creative minds of their very right to claim authorship. Little wonder then that the government is now attempting to redress this injustice through a set of statutory amendments to the copyright act.

Should these amendments come into force, artists would be considered as authors/first owners of their works and would, notwithstanding any assignment, retain the right to receive royalties from the commercial exploitation of their works. Even someone with no knowledge of copyright basics is likely to agree that this sounds just and fair.

And yet, if the proceedings of a recent parliamentary committee tasked with examining the desirability of these amendments are anything to go by, one finds that film producers are up in arms. They have threatened to shut down Bollywood. More worryingly, it has been hinted that artists may not get credit for their works in future.

India’s proposal to amend the copyright act to ensure better returns to artists is not without international precedent. Not only do European countries such as Germany and Austria prohibit copyright assignments by authors, they also stipulate that, notwithstanding contractual arrangements to the contrary, authors are to be “equitably” remunerated for the commercial exploitation of their works by third parties.

However, laudable as the present set of Indian amendments is, they do not go far enough. First, the amendments provide for a right to royalty only when the underlying works (lyrics and music compositions) are exploited separately from the film or sound recording. In line with international practice, a right to remuneration ought to accrue on every exploitation of the underlying work, whether as part of the film or sound recording or separately.

This is best done by simply prohibiting any assignment or exclusive licensing by the authors of such works in favour of any third party, except to their legal heirs and collecting societies. Such a bar would ensure that the author continues to retain ownership of her works that have been incorporated into a movie and can claim continuing royalties for its exploitation.

Secondly, as it stands now, the right to royalty applies only to lyrics and musical compositions. It should extend to all underlying works that are incorporated into a film, including the script, which may be treated as literary/dramatic work.

Thirdly, the amendments aim to incentivise authors to join collecting societies by stipulating that authors can assign their “right to royalty” to a collecting society. Such societies are likely to strengthen the negotiating power of authors to ensure fair returns for the exploitation of their creative genius. However, there is no need for an author to assign away her rights to such a collecting society. A mere license to administer such rights in favour of the society would suffice.

In short, if the real mischief sought to be remedied by the government is the contractual exploitation of artists, it should simply prohibit them from assigning away any of their copyrights. The concept of a separate “right to royalty”, as crafted under the present set of amendments, is jurisprudentially and practically problematic and needs to be done away with.

Although such a bar on assignment is likely to impact the freedom of contract, it is imperative from the vantage point of social justice. An excellent parallel is the Minimum Wages Act, where even if a destitute labourer wishes, she cannot contract to perform the labour at rates below statutorily prescribed levels. In a similar manner, authors too should be divested of their right to sign away rights for a measly lump-sum amount. Only such a revolutionary change in our copyright regime can help infuse some “insaniyat” into an industry given to rampant exploitation.